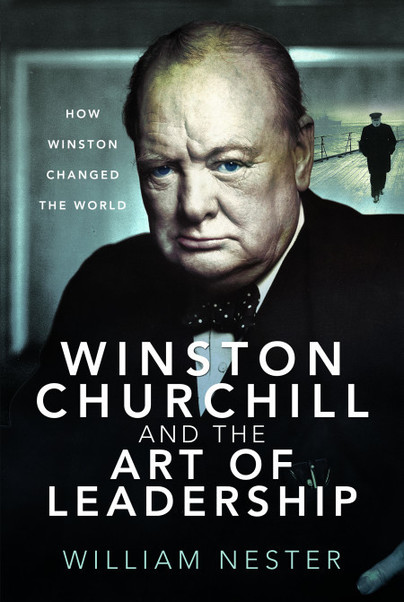 Add to Basket
Add to Wishlist
You'll be £17.50 closer to your next £10.00 credit when you purchase Winston Churchill and the Art of Leadership. What's this?
+£4.50 UK Delivery or free UK delivery if order is over £35
(click here for international delivery rates)

This is as good an introduction as any to Winston Churchill, a chronological study which begins with his birth in 1874 and ends with his death in January 1965. The majority of the years in between were eventful to say the least, both for the man and the country he served in various capacities.

Not to everyone's taste, no-one can deny - although some may try - that it was Churchill's leadership which saw Britain though the Second World War. Without Churchill it is arguable whether Britain would have emerged the Victor. He deserves his place in Parliament Square and he deserves our respect. William Nester has written a useful study of the man and his leadership abilities.

"...serves as an introduction to readers less familiar with the subject matter and, perhaps, as a springboard to more detailed study of particular facets of Churchill’s amazing life."

Nester paints a striking image of his larger-than-life subject.

Overall, for anyone who already had an interest in Winston Churchill, this is no doubt another must have. It breaks down much about the man, his character, personality and traits. In that sense if it much a book of personal psychology, as it is history. That said, intertwined against this breakdown of Churchill is inevitably history, as he had such an important role in shaping so much of. It.

There is no doubt that Churchill straddled the 20th Century and he was prepared to confront problems guided by his particular ethos. However, he had to convince colleagues and enemies of the direction he believed in, and perhaps that is where his effectiveness lay. Some of his solutions were to largely binary questions; Hitler is bad therefor he must be opposed; Bolshevism is bad therefore using the power of the state to supress some strikes is valid. Ultimately his pragmatism and ego allowed him to believe that if he waited long enough others would eventually agree with him. This book explores the effectiveness of Churchill’s leadership and it does so very well indeed.

Dr WILLIAM NESTER, a Professor at the Department of Government and Politics, St. John’s University, New York, is the author of nearly forty books on history and politics. His book George Rogers Clark: I Glory in War won the Army Historical Foundation’s best biography award for 2013, and Titan: The Art of British Power in the Age of Revolution and Napoleon, won the New York Military Affairs Symposium’s 2016 Arthur Goodzett Book Award.