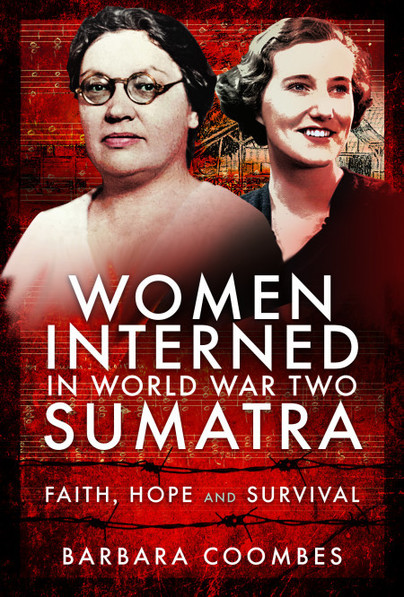 Preorder
Add to Wishlist
You'll be £20.00 closer to your next £10.00 credit when you purchase Women Interned in World War Two Sumatra. What's this?
+£4.50 UK Delivery or free UK delivery if order is over £35
(click here for international delivery rates)

Thousands of women and children were among those who struggled to leave Singapore just before capitulation on February 15 1942; their hope was to reach safety. For many that hope was never realised; countless numbers drowned as ships were bombed and sunk on their way to ‘safety’. The ‘lucky’ ones who survived the onslaught of the ships would become guests of the Japanese; many of these would not live to see the end of the war.

Two very different women fleeing on those last ships and subsequently interned in camps throughout Sumatra were Margaret Dryburgh, a missionary and teacher, and Shelagh Brown, a secretary at the Singapore Naval Base. Their paths crossed briefly prior to the catastrophic events of 1942 and met again in internment. The ‘Captives Hymn’ composed by Margaret Dryburgh was initially sung by herself along with Shelagh Brown and friend Dorothy MacLeod on 5 July 1942. It has since been sung at services throughout internment and continues to be sung at services all over the world. Music and faith were fundamental to both their lives and Margaret’s creative talents lifted the spirits of everyone during those dark and difficult days.

In a remarkable partnership, when the women were struggling to find something new that would lift their flagging spirits, Margaret and fellow internee Norah Chambers produced a ‘Vocal Orchestra’ using women’s voices in place of instruments. The first performance stunned the entire camp; they had never heard anything so beautiful and momentarily made them feel that they were free and floating away with the music.

This true account, using personal diaries and family documents traces Margaret Dryburgh and Shelagh Brown’s journey from childhood through to adulthood and internment. Early life shapes adult life and perhaps contributed to their response to captivity which showed courage, tenacity, perseverance and surprisingly, given the appalling conditions, a good deal of humour.

‘May the Day of Freedom Dawn’

Barbara studied at Chichester University as a mature student for a BA [Hons] in Humanities and subsequently secured a post as a lecturer at Chichester College of Further Education teaching mature students. Leaving to follow her passion of Women’s History she completed a MA by research in Modern British Women’s History at London Metropolitan University in 2010. Following research carried out on the MA in relation to women’s internment in the Far East her time has been divided between research for this work in Singapore and the UK alongside various projects, concerts and talks on this extraordinary story. 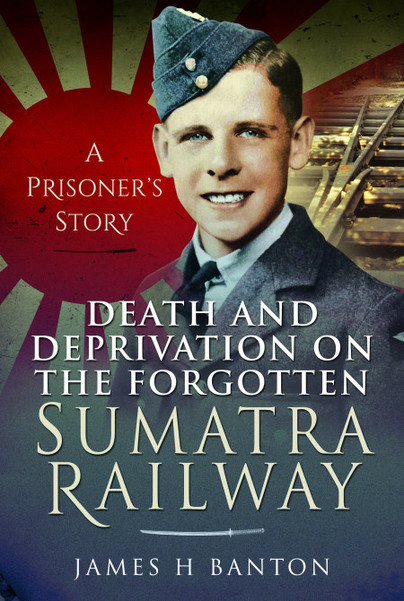 James Henry Banton was born in Burton on Trent in 1920. He worked as a driver of a steam locomotive used to used to transport beer and supplies to breweries around the town. When war broke out Jim joined the RAF, eventually becoming a Leading Aircraftsman as part of the RAF’s ground crew. During this time Jim had met the love of his life Dorothy Mason. Jim didn't know that when he left Gladstone Dock in Liverpool he would not see home or his family including Dorothy for another four and a half years. Eventually posted to the Far East he was captured by the Japanese in the hills on the island…

Click here to buy both titles for £39.99
Other titles in Pen & Sword History...
eBook