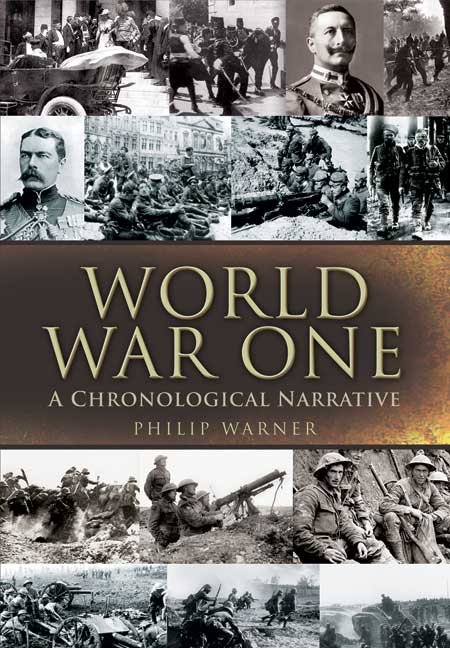 Add to Basket
Add to Wishlist
You'll be £15.00 closer to your next £10.00 credit when you purchase World War One - A Chronological Narrative. What's this?
+£4.50 UK Delivery or free UK delivery if order is over £35
(click here for international delivery rates)

The Great War will never be forgotten but that does not mean that it is understood. Then as now it was the massive set-piece battles (Somme and Passchendaele) that are best remembered. But to understand the whole conflict with its diverse and complex elements the political background, allegiances and alliances of the combatants and the military thinking of the time must be grasped.
Philip Warner provides in this fine book the overview necessary to follow the ambitions and reactions of those involved so enabling the reader to appreciate the strategies and tactics on the ground. He lists the main figures who shaped events and comments on their strengths and failings as well as their significance. Helpfully he describes the end game, the literature spawned by war and asks 'was it avoidable'?
For a full understanding of both the course of the most appallingly costly war in the history of mankind and its causes and effects this book is unlikely to be bettered.