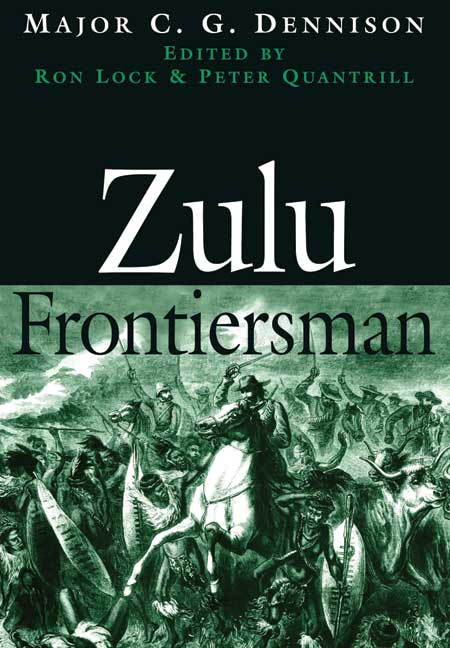 Add to Basket
Add to Wishlist
You'll be £14.99 closer to your next £10.00 credit when you purchase Zulu Frontiersman. What's this?
+£4.50 UK Delivery or free UK delivery if order is over £35
(click here for international delivery rates)

It was said of George Dennison that he had seen more active service in southern Africa than any other living man. An eminent soldier cast from a colonial mould of bitter experience, rather than of a formal military education, he was also a frontiersman equal in standing to any legendary figure of the American West.

His military career saw him rise from an uncouth trooper with the Bloemfontein Rangers to, fifty years later, a distinguished officer whose advice was sought by the likes of Lord Kitchener, Sir Garnet Wolseley and other British military names of fame. During this time Dennison encountered many foes, some he would have known as neighbours, or men who had lately been his comrades-in-arms. He fought against Afrikaners, Dutchmen, Voortrekkers and the Boers. His black foes were also diverse; the stealthy Xhosa of the eastern Cape; the battle-axe wielding Basutos from their lofty kingdom in the clouds; the Transvaal baPedi, the masters of fortification, and most impressive of all, the amaZulu warriors of King Cetshwayo.

In Zulu Frontiersman, Dennison recounts his remarkable exploits in rich and lively prose. Originally published in 1904 in abridged form (under the title A Fight to the Finish) his memoirs have now been expertly reworked by Ron Lock and Peter Quantrill in order to reinstate some of the fascinating details missing from the earlier published account, including for example Dennison's involvement in and dramatic escape from the battle of Hlobane.

To anyone reading this, take my word for it BUY the book - you won't be sorry