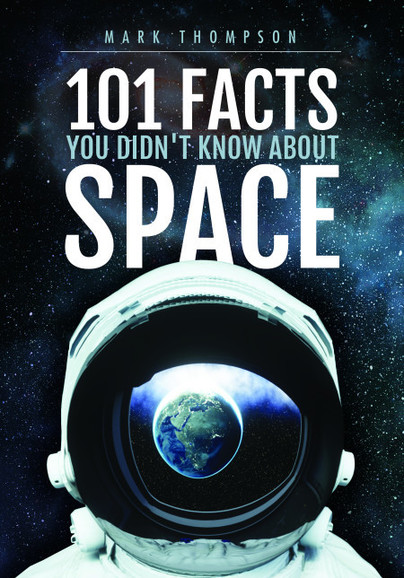 Preorder
You'll be £20.00 closer to your next £10.00 credit when you purchase 101 Facts You Didn't Know About Space. What's this?
+£4 UK Delivery or free UK delivery if order is over £30
(click here for international delivery rates)

Did you know a compost heap generates as much energy as the Sun? Or that dung beetles use the Milky Way to navigate? Maybe you have not been into space but if you have then you will know that astronauts have feet as soft as babies! 101 Facts You Didn’t Know About Space takes you on a wild journey around the Universe bringing you facts galore. Whether you are a space enthusiast or a newcomer you will find plenty of facts in here to keep you amused and entertained.

I like to read about physics and astronomy.
Ant whenever any news related to Nasa or Spacex comes in news media, I wonder how fast we are gaining new insights into deep corners of universe.
This book is everything a science fan desires to hold in his hand.
It tells 101 interesting, solid, captivating facts about space with a enjoyable story linked to its discovery.
Their are lots of new things to know like lakes of Europa, shrinking venus, color of sun and many such amazing facts.
Few things are well known to general public like cosmic radiation, black holes, dark side of the moon but their are many new things worth pondering upon.
Best thing are amazing pictures with each fact.
A wonderful experience while reading non complicated astronomy book.