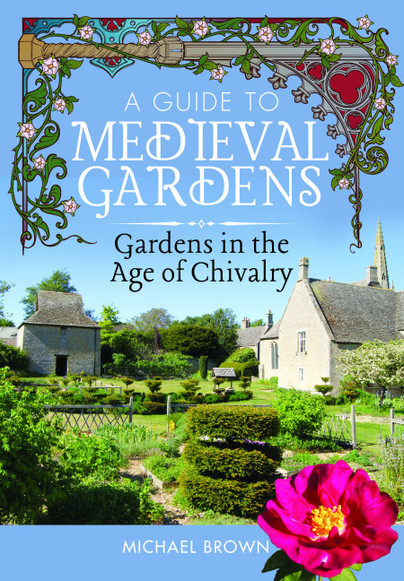 A Guide to Medieval Gardens (Hardback)

Gardens in the Age of Chivalry

Preorder
Add to Wishlist
You'll be £20.00 closer to your next £10.00 credit when you purchase A Guide to Medieval Gardens. What's this?
+£4.50 UK Delivery or free UK delivery if order is over £35
(click here for international delivery rates)

Medieval gardens usually rate very few pages in the garden history books. The general perception is still of small gardens in the corner of a castle. Recent research has shown that the gardens were larger than we previously believed. This book contains information and pictures that have not been generally available before, including the theory and practice of medieval horticulture. Many features of later gardens were already a part of medieval gardens. The number of plants was limited, but was still no less than many modern gardeners use in their own gardens today. Yet medieval gardens were imbued with meaning. Whether secular or religious, the additional dimension of symbolism, gave a greater depth to medieval gardens, which is lacking in most modern ones.

This book will be of interest to those who know little about medieval gardens and to those with more knowledge. It contains some of the vast amount of research that the author carried out to create the medieval gardens at the Prebendal Manor, Nassington, Northamptonshire. The author has tried to use previously unused sources and included his own practical experience of medieval gardening methods that he carried out to maintain the gardens. Some worked, others certainly didn’t.

Michael J Brown has an MA in Garden History and is an experienced gardener. He has been interested in history and gardening for as long as he can remember.

Michael became a qualified gardener and worked his way up to become a Head Gardener and later a college lecturer teaching horticulture and garden history. He created the medieval gardens at the Prebendal Manor at Nassington, Northamptonshire. This book is the result of some of his research of medieval gardens and the uses of the plants at that period. He has also assisted with several other early garden projects.

Pen and Sword also published his book about poisonous plants, Death in the Garden, in 2018.