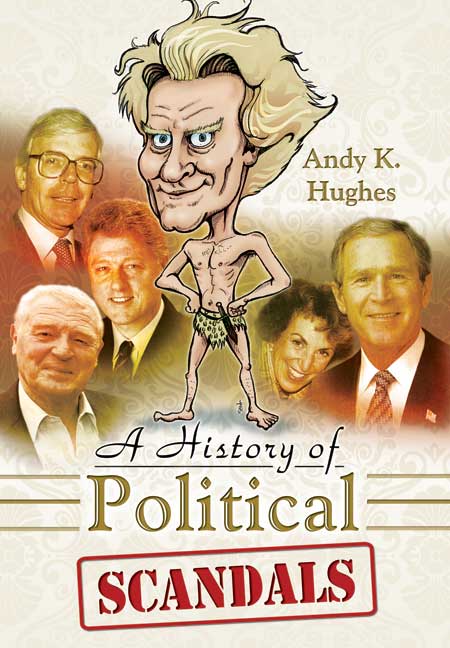 A History of Political Scandals (ePub)

Click here for help on how to download our eBooks
Add to Basket
Add to Wishlist
You'll be £4.99 closer to your next £10.00 credit when you purchase A History of Political Scandals. What's this?
Need a currency converter? Check XE.com for live rates

A MUST-BUY BOOK for everyone interested in history and the scandalous behaviour of politicians across the world. Andy Hughes' fascinating book guides us through centuries of political abuse - and just plain stupidity. The Profumo Affair is still shocking to modern voters, possibly because the MP actually stepped down after being caught out after sharing his mistress with a Russian spy. This Pocket Guide will expose the secret side of politics, including which politicians risked or ruined their own careers for personal gain.

It is not just today's politicians who are embroiled with scandal, as this explosive Pocket Guide to Political Scandals reveals the questionable behaviour of politicians of yesteryear and from around the world; the corruption, dishonesty and like of morals and judgement all come out in the stories in the book.

Two earlier books by the journalist Andy Hughes cover scandals involving royalty and the aristocracy respectively, and in this engaging and very readable volume he turns the spotlight on politicians.

'A History of Political Scandals' is a highly entertaining read that brings together the most outrageous tales from the history books of politics.

All the old favourites are here including Profumo (call girls and secrets) and Watergate (burglary and lies).
Hughes digs deeper to show that these were just the latest steps on what is a well-trodden path.