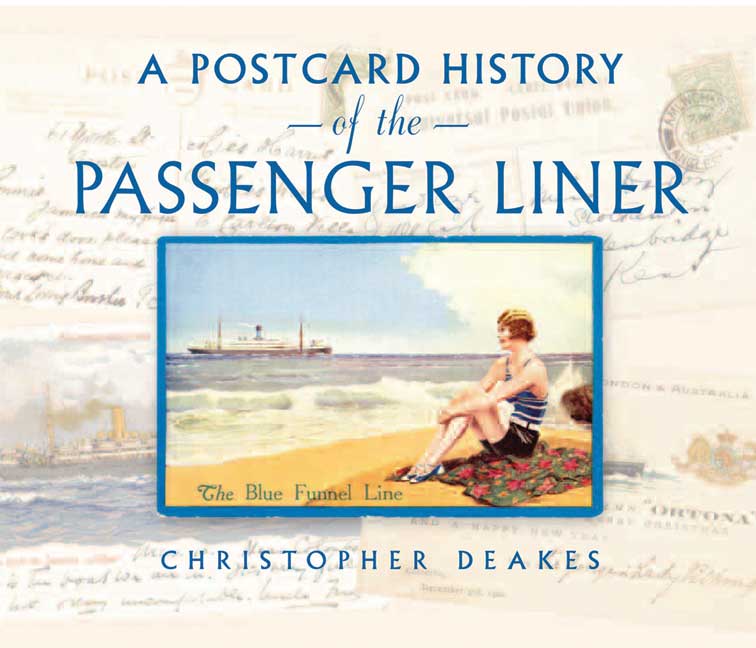 A Postcard History of the Passenger Liner (ePub)

Click here for help on how to download our eBooks
Add to Basket
Add to Wishlist
You'll be £8.00 closer to your next £10.00 credit when you purchase A Postcard History of the Passenger Liner. What's this?
Need a currency converter? Check XE.com for live rates

From around 1880 for almost 100 years shipowners commissioned a wealth of paintings that depicted, as well as their magnificent liners, the routes they travelled, their exotic destinations, and life on board. These paintings, rich in imagination and atmosphere, appeared on posters and postcards to advertise the companies and their ships; and so was born a whole genre that produced tens of thousands of images that form a wonderful record of the great era of the passenger liner.

Here, bought vividly to life in more than 500 colourful postcards, are the ships in which so many of our predecessors sailed, as emigrants, soldiers or administrators in distant lands, or simply as tourists. These cards - now highly collectible - show how the ships developed over the years, and are also a fine tribute to the artists who painted them. A glossary of some 170 illustrators forms an important reference section in the book; the author also gives useful advice on collecting.

This new paperback edition will be sought after by postcard collectors as well as liner enthusiasts, and by all those with an interest in the vanished world of elegant travel on the finest ships of their day.

‘An evocative story of the vanished world of elegant ships and leisurely travel ... sumptuous.’ Western Morning News
‘This is a really fabulous book.’ Ocean Liner Society

This beautiful book displays the 500-strong maritime postcard collection of former shipping agent Christopher Deakes, with a commentary equally illuminating on art history as on maritime history. The author sets the cards in a wider industrial and social context by describing the development of the passenger liner trades, the advances in ship design and the types of passengers the vessels carried. Mr Deakes also offers some fascinating information on the many unsung artists producing the postcard – a fair number of whom were former seafarers. Later on, the pages turn into a wonderful gallery of maritime art, each postcard captioned with notes on the ship portrayed, the company, the artist or the painting style. And for those inspired by the book, Mr Deakes helpfully describes how to go about building a postcard collection of your own. It's a terrific book, packed with information and full of some highly arresting imagery. Mr Deakes has done a fine job in delivering such a fine tribute to the artists he admires, and his book makes an illuminating read from artistic, industrial, historic and social perspective.

A long lost age is colourfully captured in A Postcard History of the Passenger Liner by Christopher Deakes wit more than 500 highly collectable cards depicting the ships on which many of our ancestors sailed as emigrants, soldiers, colonial administrators or tourists.

This is a delightful book and I very highly recommend it to anyone with an interest in this area.

Here, brought vividly to life in more than 500 colourful postcards, are the liners in which so many of our predecessors sailed, as emigrants, soldiers or administrators in distant lands, or simply as tourists. These cards – now highly collectable – show how the ships developed over the years, and are also a fine tribute to the artists who painted them. A glossary of some 170 illustrators forms an important reference section in the book, and advice on collecting is also included.

A magnificent volume. Packed with the most beautiful artist-drawn picture postcards from the Golden-Age – liners, interiors, advertisements - it is a sheer delight. I'd challenge any non-postcard collector not to be entranced with the book's illustrations. It will be a friend for life.