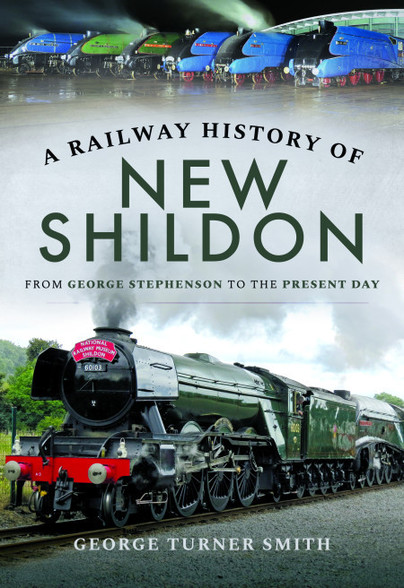 Add to Basket
Add to Wishlist
You'll be £18.75 closer to your next £10.00 credit when you purchase A Railway History of New Shildon. What's this?
+£4.50 UK Delivery or free UK delivery if order is over £35
(click here for international delivery rates)

The book covers 200 years of history, so you can imagine how interesting it is. I loved the short stories about the people who worked there. While it offers some technical details, most of the details concern the day to day life, so I imagine to be interesting for most readers. At the end of the book the author talks about the town’s railway museum. If you are even mildly interested in railways and their history, it is worth getting this book.