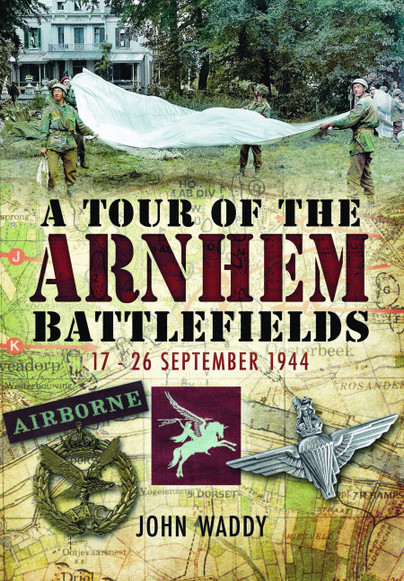 A Tour Of The Arnhem Battlefields (Paperback)

Add to Basket
Add to Wishlist
You'll be £9.09 closer to your next £10.00 credit when you purchase A Tour Of The Arnhem Battlefields. What's this?
+£4.50 UK Delivery or free UK delivery if order is over £35
(click here for international delivery rates)

Although the Battle of Arnhem was fought over sixty years ago. It still evokes such interest that it would seem to rank with the great victories of Agincourt, Trafalgar, Waterloo and the Battle of Britain, all of which proved to be turning points in the history of our nation. Arnhem was not a victory, but its outcome may have had results equally vital to the more recent history of the world. To many people the Battle of Arnhem was the Battle of Arnhem Bridge, which has now passed into history as "The Bridge Too Far". This is understandable, for the bridge was the main objective of the 1st British Airborne Division. The north end was captured and held for three days, thus denying its use to the Germans, which proved crucial to the success gained by the rest of Operation Market Garden. As a battle guide this book leaves nothing out, illustrated with maps and photographs, the author takes the reader through the battle with extensive use of first hand accounts.

There have been several very fine battlefield guides written about Arnhem but this one deserves particular attention as its author participated in it as a company commander in the 156th Parachute Battalion. It comes with a superb 1:25,000 scale military map of the battlefield, complete with historical grid references which may be used in conjunction with unit war diaries and official reports.