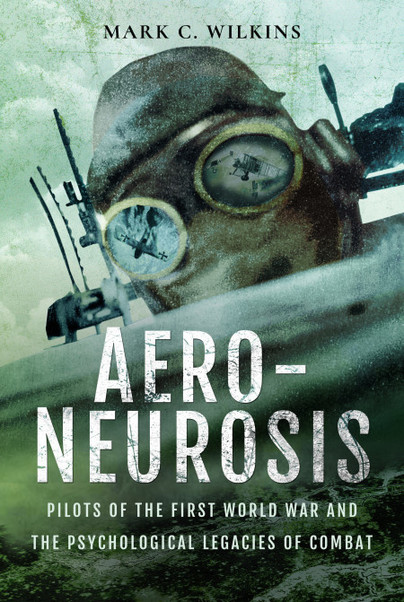 You'll be £11.99 closer to your next £10.00 credit when you purchase Aero-Neurosis. What's this?
+£4.50 UK Delivery or free UK delivery if order is over £35
(click here for international delivery rates)

If you have an interest in WW1 Aviation it is a great introductory book as it covers everything from the early beginnings of aviation to how this new technology was embraced during WW1 & the psychological effect that this new combat had on the men who served.

This is a book that makes you think about what it was like before we recognised the affects of what we now call post-traumatic stress disorder. Imagine, going to war, with new mechanical devices that were untested. You would be the one testing them while trying not to be killed by the machine or by the enemy, who was doing the same thing.

I’ve always loved early planes and the development of early flight. But after reading this book, the human element has become painfully clear. The narratives in this book are well written and compiled together into a fascinating and troubling look into the would of those early English, French, and German aviators.

... the book is a fascinating collection of narratives about the ‘Aces’ of the Great War and how that war took its toll in various ways on them, before most of them sadly perished.