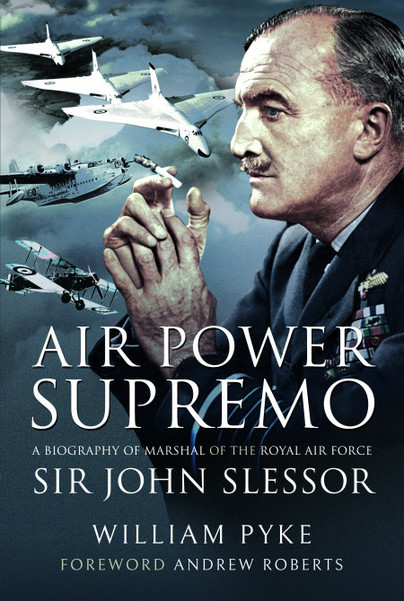 Add to Basket
Add to Wishlist
You'll be £20.00 closer to your next £10.00 credit when you purchase Air Power Supremo. What's this?
+£4.50 UK Delivery or free UK delivery if order is over £35
(click here for international delivery rates)

After a long career in the oil industry William Pyke decided to study the application of air power by the Royal Air Force throughout the twentieth century, and subsequently gained a distinction on the MA programme at Birmingham University. He has presented a number of papers on the subject and has made a special study of John Slessor’s career. He has had the active support of the Slessor family as he has compiled this comprehensive new biography.