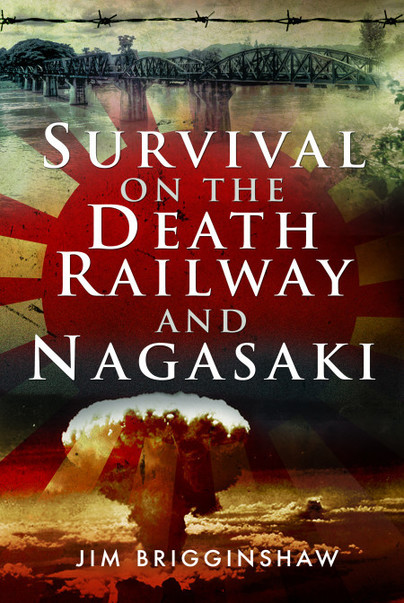 Survival on the Death Railway and Nagasaki (ePub)

Click here for help on how to download our eBooks
Add to Basket
Add to Wishlist
You'll be £4.99 closer to your next £10.00 credit when you purchase Survival on the Death Railway and Nagasaki. What's this?
Need a currency converter? Check XE.com for live rates

This is the remarkable and unique story of Jim Bodero. Having been captured by the Japanese after the fall of Singapore in 1942, Jim was first sent to work in Burma, to build what has become known as the Death Railway. Unlike many of his comrades, Jim survived this ordeal, only to be transferred to Nagasaki, Japan, where he was sent to work in the nearby mines.

Jim describes how the conditions in the ‘Hell pits of Sendryu’ were even worse than those experienced in Burma, but were ultimately the reason why he survived the war. On 9 August 1945, the Americans, dropped the second nuclear bomb on Nagaski. Fortunately, Jim was deep underground at the time, but through this book he re-lives the harrowing aftermath of the attack when the ground shook violently.

Badly debilitated by the daily privations of working in the mine, weakened by chronic starvation, as well as suffering from the tropical diseases he contracted during his time on the Death Railway and on nightmarish prisoner-transport ships, Jim might have survived the war, but his experiences were to leave a legacy of pain that was to last a lifetime.