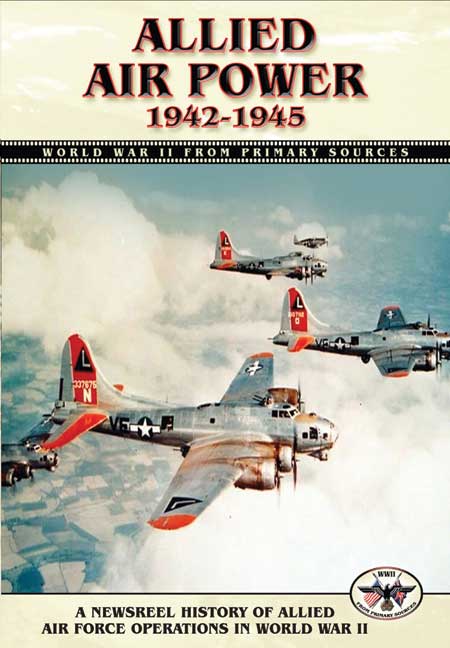 Add to Basket
Add to Wishlist
You'll be £9.99 closer to your next £10.00 credit when you purchase Allied Air Power. What's this?
+£4.50 UK Delivery or free UK delivery if order is over £35
(click here for international delivery rates)

This film encapsulates the tale of the turning tide in World War II and follows it through to the victory of the allies with a particular focus on the impact that the Allied air forces had on the outcome.

It is a harrowing tale of real men putting their lives on the line for freedom, with up to 30% of men being lost during missions, a very high rate of attrition. These early losses were due to allied fighters being ill equipped to fly with the bombers all the way to the target and back but eventually this changed and made an undeniable impact on the survival of bombers.

It quickly becomes clear that this was a war that Germany could have never won with the superior might of the Allies and there quick adaptations of technology. The Me 262 had an opportunity to fight back against long range fighters such as the F-51 Mustang but its late introduction and mis-assignment by Hitler meant that it made little impact.

Tactics such as the combination of day and night raids, bombing cities and attacks on oil resources are discussed and their effect upon the outcome of the war considered. This film, made from primary sources, also shows real combat actions and crash landings of aircraft.