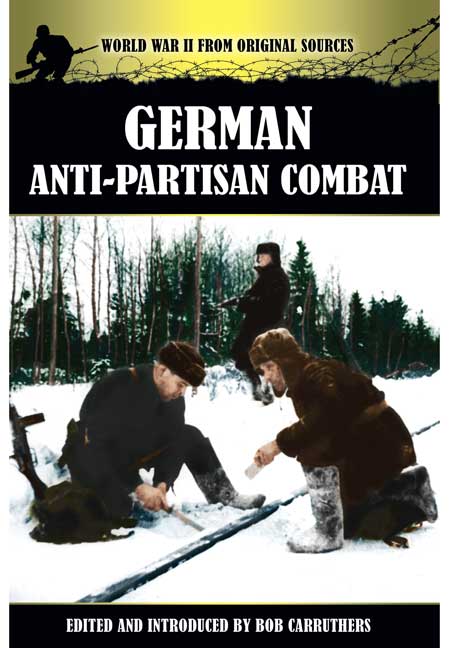 Add to Basket
Add to Wishlist
You'll be £7.50 closer to your next £10.00 credit when you purchase German Anti-Partisan Combat. What's this?
+£4.50 UK Delivery or free UK delivery if order is over £35
(click here for international delivery rates)

“Any resistance encountered at these farms must be crushed without delay, and for this purpose Company D will detach two anti-tank guns each to both Companies A and B.”

The German armies fighting to defeat the Russian regular armies during World War II faced a bitter war on two fronts. Behind the German lines, tenacious bands of partisans waged an unforgiving and bitter war which tied down much needed men and material.

This fascinating overview compiled by Emmy Award winning author Bob Carruthers draws on rare primary sources photographs and combat reports from German sources to produce a comprehensive overview of the often overlooked but strategically important war against the partisans in Russia and the Balkans.