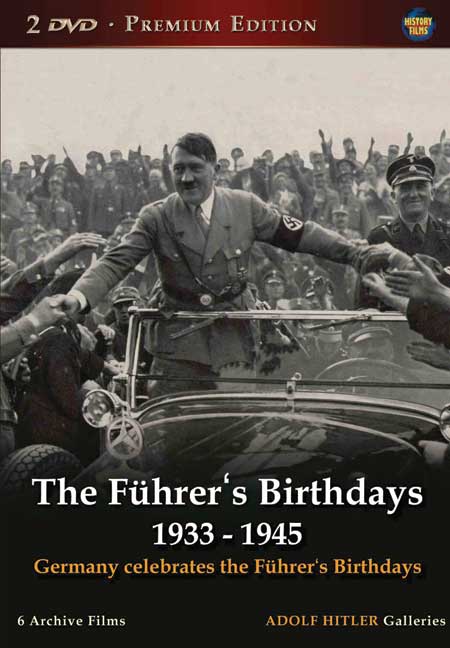 With the overtaking of power by the Nazis on 30 January 1933, a new political system was built in Germany. The “Führer's Birthday, on 20 April each year, became an outstanding major event.

In the centre of these celebrations was the Führer and Reich Chancellor, Adolf Hitler. The culmination of all the birthday festivities was 20 April 1939, Adolf Hitler's 50th birthday.

In addition to the preparations in Berlin, there is remarkable footage of the largest military parade ever conducted. During the war years, the Führer's Birthdays were celebrated in a modest and quiet manner.

On 20 April 1945 in the bunker of the Reich Chancellery, the last “Führer Birthday” was celebrated before Adolf Hitler committed suicide.