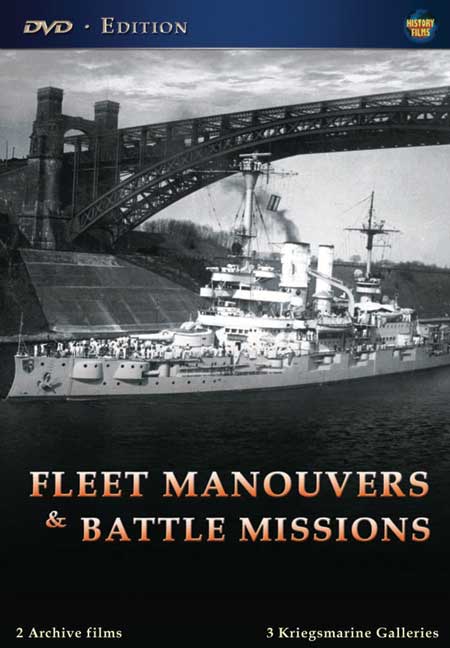 Add to Basket
Add to Wishlist
You'll be £16.99 closer to your next £10.00 credit when you purchase Fleet Manouvers & Battle Missions. What's this?
+£4.50 UK Delivery or free UK delivery if order is over £35
(click here for international delivery rates)

During the Second World War, the German Kriegsmarine (Navy) conducted a plethora of large scale fleet manoeuvres in the Atlantic and Pacific Oceans. Using original and unseen German archive footage, this DVD shows these spectacular and breathtaking actions of naval warfare for the very first time to a Western audience.

At the outbreak of the war, these battle units were operational in several sea areas. This film documents a selection of these manoeuvres, showing many of the varying forms of ship that was operational in the German Kriegsmarine at the time. These range from the flagships of the German fleet such as the infamous Bismarck to the Cruisers, Destroyers, Torpedo Boats and other smaller units that made up the German’s formidable naval arsenal.

Depicted using a selection of archive footage, some of which has been digitally restored, this DVD shows the units readying themselves for battle in heavy seas. Despite high winds and treacherous weather conditions, the ships fought their way through to their operational areas to take on the might of the Royal Navy.