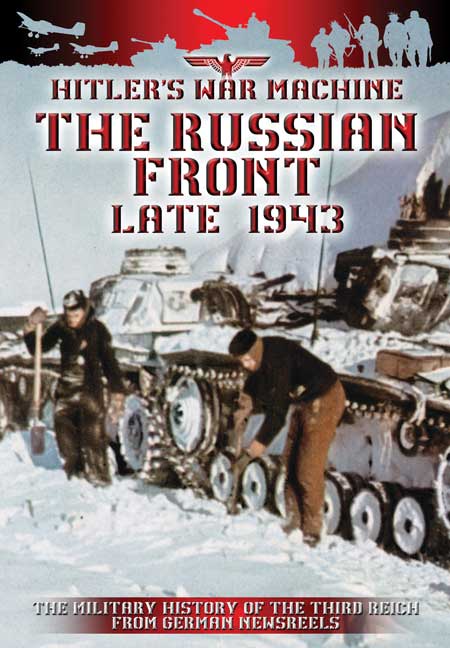 Add to Basket
Add to Wishlist
You'll be £9.99 closer to your next £10.00 credit when you purchase The Russian Front Late 1943. What's this?
+£4.50 UK Delivery or free UK delivery if order is over £35
(click here for international delivery rates)

This volume featuring translated Wochenschau newsreels records the events following the failure at Kursk. As the tide began to turn against Hitler, only the intervention von Manstein and the victory at Kharkov slowed up the collapsing of the Russian Front.

A great DVD for anyone interested in the history of the German Army and how the Nazi propaganda was fuelled.