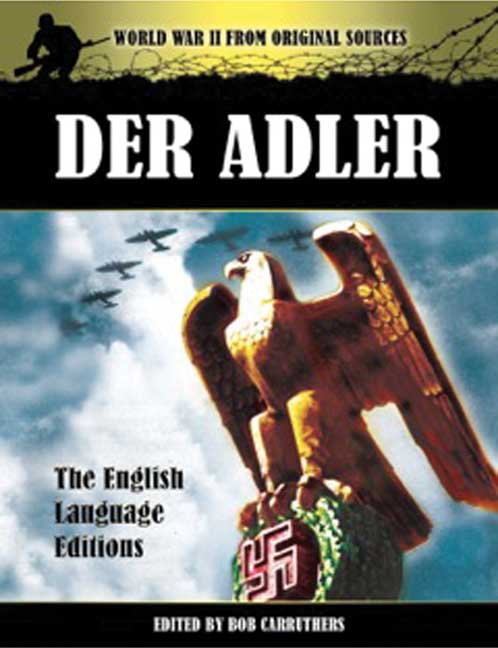 Add to Basket
Add to Wishlist
You'll be £12.99 closer to your next £10.00 credit when you purchase Der Adler. What's this?
+£4.50 UK Delivery or free UK delivery if order is over £35
(click here for international delivery rates)

Der Adler was the official magazine of the Luftwaffe in World War II. In the years before Hitler declared war on America an English language edition of Der Adler costing eight cents was published and widely sold in the USA. The magazine was available on American news stands and the surviving English language editions provide readers who do not speak German with a fascinating primary source from inside the Third Reich.

The magazine was at its best and most interesting during the years of German ascendancy between 1940 and 1942. From that point onwards the Luftwaffe had less and less to celebrate and Der Adler tended to concentrate on the exploits of the Luftwaffe ground forces especially the burgeoning Falshirmjaeger divisions. This selection of the best of the English language articles from Der Adler provides a privileged glimpse inside the Luftwaffe during its years of triumph between 1940 and 1942.

A fascinating primary source from inside the Third Reich. A privileged glimpse inside the Luftwaffe during its years of triumph.