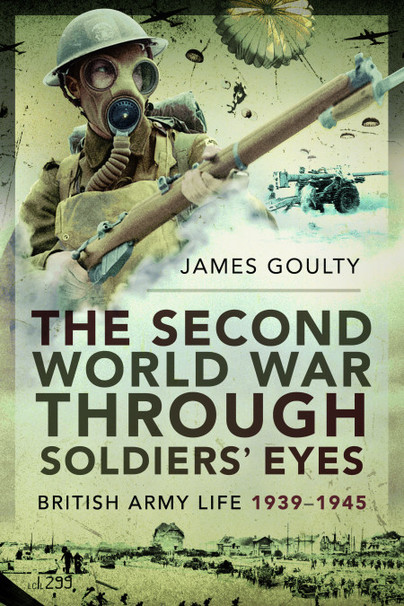 You'll be £14.99 closer to your next £10.00 credit when you purchase The Second World War Through Soldiers' Eyes. What's this?
+£4.50 UK Delivery or free UK delivery if order is over £35
(click here for international delivery rates)

James Goulty has done an excellent job in selecting quotations as his research must have led him to a very large pool. His text causes one to feel that ‘this is how it really was’.
It is not a large book, 179 pages, and therefore gives only an overview but the bibliography is very extensive. There is also a set of well annotated photographs.
Having read many books on detailed aspects of WW2 this book has a value in that it causes one to stand back and perhaps find a new focus. If you start this book you won’t put it down and we recommend you start it.

Through a series of thematically based chapters - on recruitment, life overseas, demobilisation, and many other subjects - James Goulty explores their experiences.

News article: New book from Pen and Sword examines what it was like to serve in the British Army during WWII as featured by