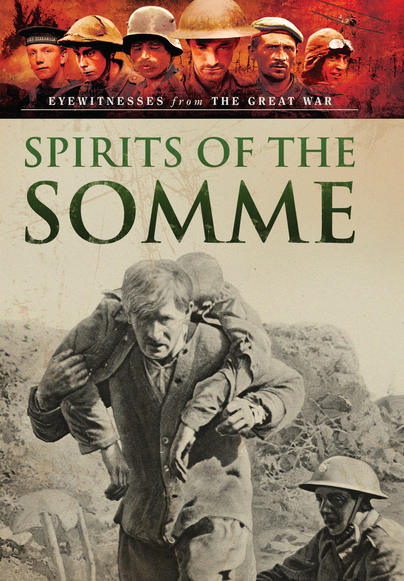 Spirits of the Somme (ePub)

Click here for help on how to download our eBooks
Add to Basket
Add to Wishlist
You'll be £0.99 closer to your next £10.00 credit when you purchase Spirits of the Somme. What's this?
Need a currency converter? Check XE.com for live rates

The 1st of July 1916, the opening day of the Battle of the Somme, was the blackest day in the history of the British Army. 60,000 men became casualties on that one day alone.

In a major new documentary film premiering on the Discovery Channel next year, Emmy Award winning film maker Bob Carrruthers returns to the battlefield on 1st July and retraces the events which unfolded on that disastrous day. Drawing extensively on rare film and photographs from both British and German sources, the spirit of the men who fought and died on that day is beautifully evoked by these powerful and haunting images from 1916.

The film also reveals how the sacrifice of the men of the Somme is being honoured today by the work of the historians and enthusiasts who strive to increase our understanding of the battle and to commemorate the memory of that terrible day.

This is the companion book to the documentary film and is written by well-known author and film maker Bob Carruthers.

A book that chooses few testimonies, but that remain impressed by their diversity and their humanity.

This is a very powerful anthology which pulls together six different accounts of the Somme in order to provide a comprehensive view of the battle through British and American eyes (via an American who served with the British Army). This book offers a very different perspective, and readers who are already familiar, even in a small way, with the Somme, will find this an enthralling read.
Highly recommended. 10/10

‘This book accompanies a television series of the same name. An introductory chapter by the author looks at the battle, and then there are six accounts from men who took part in the Battle of the Somme in 1916. Several of them are from well known authors such as Sir Philip Gibbs and Geoffrey Malins but the others are lesser known. They are highly readable and the books erves as an excellent companion on the Somme battlefields as well as a great read for some insight into those who took part in a battle that has become a by word for the Great War’

‘In awe-aspiring clarity, we see hundreds of British squaddies cheerily marching, and it all seems very lighthearted and genteel. But this painfully haunting documentary is an absolute must addition to your DVD collection’

A must read for any WWI enthusiast, especially for those with an interest in this battle.