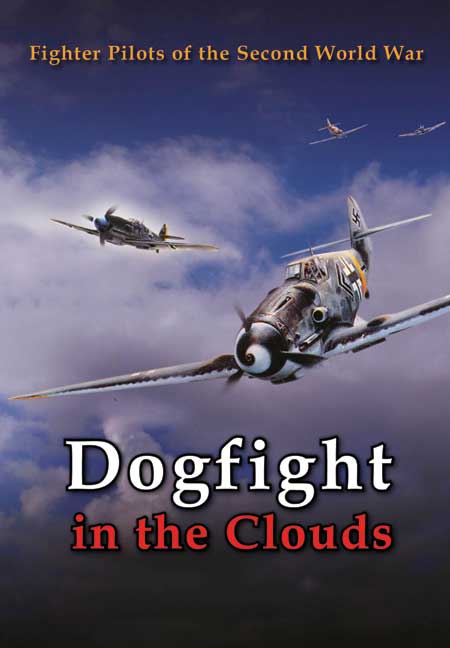 Dogfight in the Clouds (DVD)

Add to Basket
Add to Wishlist
You'll be £14.99 closer to your next £10.00 credit when you purchase Dogfight in the Clouds. What's this?
+£4.50 UK Delivery or free UK delivery if order is over £35
(click here for international delivery rates)

Between 1939 and 1945 the warring nations of the Second World War battled each other in the air over Europe and the Pacific Ocean in lethal competition. The goal was air domination. Only the ruler of the air could hope to win the war. Aerial combat was affected by the quality of the plane on the one hand and the abilities, training and courage of the pilot on the other. It was vitally important to both sides that their planes flew faster, could fly tighter curves, had a longer range and carried the heaviest and most accurate weapons. Often it was the technical advantages that decided the life and death of the pilots.

While the First World War was merely influenced by aerial forces, Second World War aviation was already playing a decisive role. Control of the skies became the absolute key to victory; the ruler above the battlefield could observe enemy movements and, with fighters and bombers, massively impede the enemy's plans.