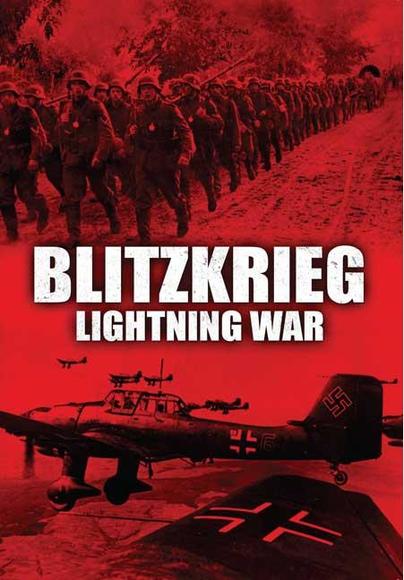 Add to Basket
Add to Wishlist
You'll be £9.99 closer to your next £10.00 credit when you purchase Blitzkrieg. What's this?
+£4.50 UK Delivery or free UK delivery if order is over £35
(click here for international delivery rates)

Despite the draconian provisions of the Versailles treaty, the German armed forces operating under the new Nazi regime were able to secretly assemble a modern mechanised strike force incorporating tanks, artillery and aircraft. Determined to avoid a repeat of the static warfare of the trenches the Wehrmacht honed its new tactics and the result has become known to posterity as 'Blitzkrieg' or Lightning War.

This powerful film presents a stunning picture of the Lightning War from the invasion of Poland to the defeat of France.