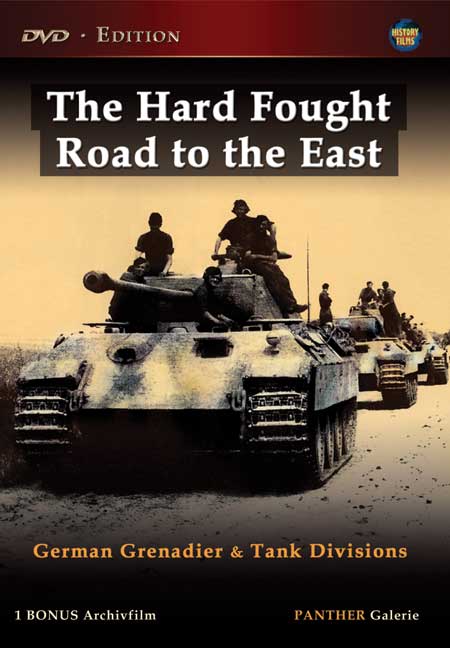 Add to Basket
Add to Wishlist
You'll be £16.99 closer to your next £10.00 credit when you purchase Hard Fought Road to the East. What's this?
+£4.50 UK Delivery or free UK delivery if order is over £35
(click here for international delivery rates)

By the time the Second World War came to fruition in 1939, the Armed Forces of Nazi Germany, comprising of the Heer (Army), Kriegsmarine (Navy) and Luftwaffe, were a modern, well qualified and advanced military unit that presented itself as a formidable opponent to all western world powers. In order to gain an upper hand over such fearsome opposition, every commander relied heavily on detailed documents to track enemy movements and plan against them.

For both sides, it was essential to have precise information about the strengths and weaknesses, type and number of weapons that each area of the Armed Forces possessed, and also the moral state of the opposing troop. With this information, the warring sides could conceive strategical drafts, attack plans, troop positions, secondary targets, rallying positions and supply points.

Even though the German army were ultimately defeated, there can be little argument that the skill, discipline and combat effectiveness showed by German troops was exemplary.

Their willingness and ability to resist a multitude of opponents so effectively with such limited resources will probably remain historically unique. This film shows a cross section of the army units of the German Wehrmacht during 1939 to 1945 on the road to the East. Shown using original archive footage from lost German archives, this DVD will appeal to all military and Second World War enthusiasts.

This 60 minute black and white DVD from Pen and Sword looks at the German Grenadier and Tank Divisions during their preparations for the forthcoming actions during the Second World War. The film features a cross section of the units of the Wehrmacht during the 1939 and 1945 period and includes a number of bonus features and galleries.