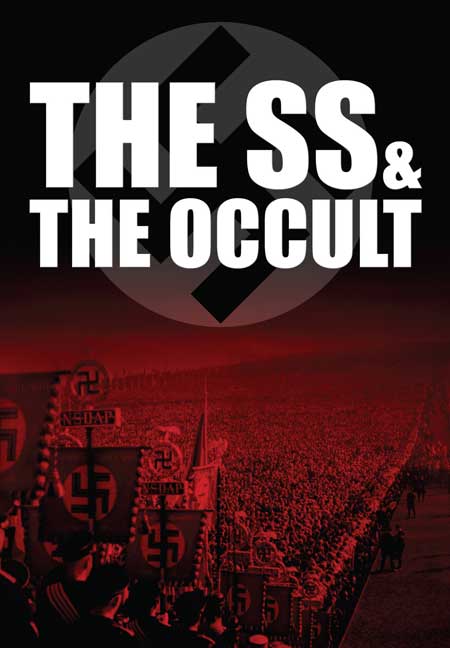 Add to Basket
You'll be £9.99 closer to your next £10.00 credit when you purchase The SS & The Occult. What's this?
+£4 UK Delivery or free UK delivery if order is over £30
(click here for international delivery rates)

Heinrich Himmler was the creator of the infamous Gestapo, the Waffen SS and the concentration camp network. Himmler was inspired by mystic visions, runes, horoscopes and a longing for a heroic German past which drove him to adopt an official policy which rested on an arcane set of beliefs in the occult roots of the Third Reich. This powerful film re-visits the sites most closely associated with Himmler and traces the development of his warped idealogy.

The expansion of the SS was the brainchild of Heinrich Himmler. He was the driving force behind the whole dark edifice and was also a believer in the arcane and the occult who felt that Germany's future was shaped by powerful forces rooted in its pagan past. Himmler believed in astrology, ariosophy, cast horoscopes and developed a range of pseudomasonic rituals that he believed would help to drive his creation towards a new Aryan dawn.

This powerful new study of Himmler and his SS Empire presented by Emmy AwardTM winning historian Bob Carruthers revisits this fascinating and often overlooked aspect of the Third Reich. The film incorporates rare footage and photographs with visits to the surviving SS sites today including the Thingplatz at Heidelberg and includes a glimpse the mysterious inner sanctum of the SS castle at Wewelsburg.

[T]he archive footage is simply superb and the narrator is very engaging ... the way it ties into the philosophy behind the implementation of the Eugenics programme and the anti-Semitic beliefs of the Third Reich is very insightful indeed! Witnessing the development of the SS and the SD is very interesting, as it follows Himmler’s thought processes very clearly.

The presenter offers a powerful study of Himmler and his SS empire. Visits to Nazi sites are included in the footage, providing a glimpse of the mysterious inner sanctum of the SS castle at Wewelsburg that was bought by Himmler to form his own idea of a German camelot.

The DVD is loaded with archival footage from WWII surrounding Himmler and the SS. Bob Carruthers takes a look at Himmler's inner sanctum and his occultist retreat within his castle at Wewelsburg and paints a time line of the events during Himmler’s command in the Nazi regime.

This DVD documentary from Pen & Sword Digital gives us an informative and interesting look into the very strange world of Heinrich Himmler, the SS and the Occult. Bob Carruthers raises some interesting questions as to how much Himmler’s obsession with the Occult actually shaped the Nazi war machine in the Second World War. Recommended.