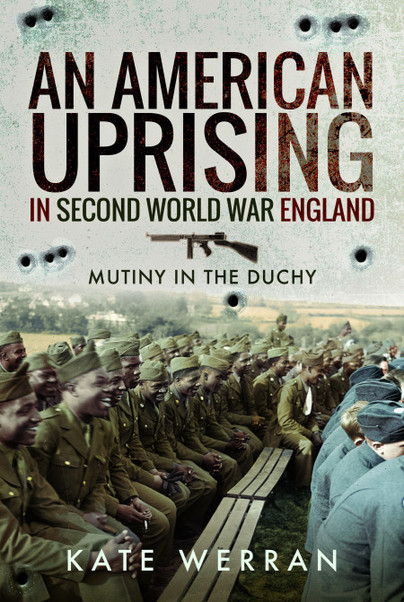 As reviewed in The Times: 'US race tension in Cornwall, 1943; Clive Davis learns about a forgotten mutiny of mistreated black GIs in Britain'

As reviewed in The Guardian: 'How a fight between GIs in Cornwall introduced the British to American-style racism and, for a while, became a focal point of global race politics'

You'll be £4.99 closer to your next £10.00 credit when you purchase An American Uprising in Second World War England. What's this?
Need a currency converter? Check XE.com for live rates

As featured in: 'Mutiny in the Duchy 'outstanding' winner'

When very large numbers of American service personnel arrived in the UK, they were based in camps that were largely in quiet rural areas and they significantly outnumbered the local indigenous population. The fact that most US military personnel avoided upsetting the local population was a major achievement on both sides – Very Highly Recommended

A superb very thought provoking book by
Kate Werran demonstrating the huge systemic discrimination within the US military between the African American soldiers and their white counterparts in WW2. Definitely recommend.

Journal of the Cornwall Association of Local Historians, Spring 2021

This is the 'story of a story' that was both very public and at the same time was not one that really wanted to be publicised at the time. It is the record of a US Military court martial that took place here in the UK, actually in the Cornish town of Launceton.