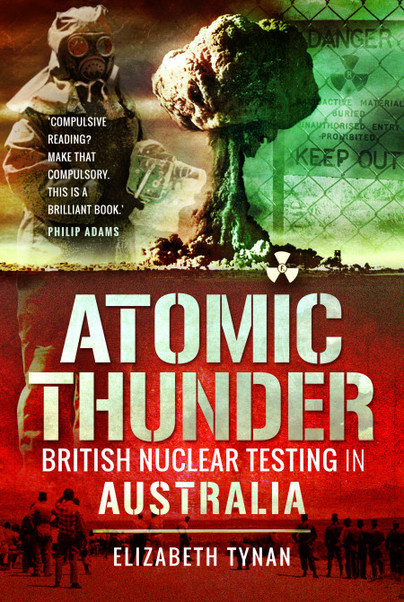 Click here for help on how to download our eBooks
Add to Basket
Add to Wishlist
You'll be £4.99 closer to your next £10.00 credit when you purchase Atomic Thunder. What's this?
Need a currency converter? Check XE.com for live rates

British nuclear testing took place at Maralinga, South Australia, between 1956 and 1963, after Australian Prime Minister Robert Menzies had handed over 3,200 square kilometres of open desert to the British Government, without informing his own people. The atomic weapons test series wreaked havoc on Indigenous communities and turned the land into a radioactive wasteland. How did it come to pass that a democracy such as Australia suddenly found itself hosting another country's nuclear programme? And why has it continued to be shrouded in mystery, even decades after the atomic thunder clouds stopped rolling across the South Australian test site?

In this meticulously researched and shocking work, journalist and academic Elizabeth Tynan reveals the truth of what really happened at Maralinga and the devastating consequences of what took place there, not to mention the mess that was left behind.

This is an in depth account of a forgotten part of Britain's atomic testing.

What is amazing about this book is how it deals with not just the history of Britain's atomic programme but how it was covered up and effected the native population.

Recommended to anyone who wants to know the secret history in an easy to read format.

... That detail notwithstanding, it is likely to be of interest to Political Scientists with a specific interest in British nuclear policies and international Cold War politics. Australians seeking information about the Maralinga tests and their country’s relationships with the British are also likely to find it of interest. Academic librarians might also find it worthy of inclusion within their collections. The author’s lack of objectivity does however mean that is not the ‘Standard Work of Reference’ that it could have been; it should be treated accordingly.

Elizabeth Tynan is a science writer and academic at the James Cook University (JCU) Graduate Research School in Queensland, Australia. A former journalist, she completed a PhD on aspects of British nuclear testing in Australia, and is co-author of the book Media and Journalism: New approaches to theory and practice now in its third edition.