Nazi Leader and Head of the Hitler Youth

Preorder
Add to Wishlist
You'll be £20.00 closer to your next £10.00 credit when you purchase Baldur von Schirach. What's this?
+£4.50 UK Delivery or free UK delivery if order is over £40
(click here for international delivery rates)

Though three of his four grandparents were from America and the first language he learned at home was English, Baldur von Schirach became one of the Third Reich’s most influential individuals. He joined the Nazi Party as early as 1925 at the age of eighteen and three years later became a member of its National Leadership. He also married Henriette, the daughter of Hitler’s personal photographer, Heinrich Hoffmann.

Von Schirach continued to rise through the ranks of the Nazi Party, reaching the rank of SA-Gruppenführer. It was as the leader of the Hitler Youth organisation, however, for which von Schirach is best remembered, becoming Reichsführer of the Hitler Youth on 16 June 1932, and the following year was given responsibility for all youth organizations in Germany. He also became a member of the Reichstag as a representative of the Party.

Despite his influential position, he was called up for military service and served in the French campaign of 1940. Following this he became Reich Governor and the Nazi’s Gauleiter Reichsstatthalter in Vienna – powerful positions he retained until the final collapse of the Third Reich in May 1945. His responsibilities as Gauleiter and Reichsstatthalter included overseeing the deportation of Vienna’s Jews to ghettos and concentration camps in occupied Poland. Though a confirmed anti-Semite, later in the war he pleaded for a moderate treatment of the eastern European peoples and criticised the conditions in which Jews were being deported. This caused a breach with Hitler and the Nazi leadership, though he managed to retain his position in Vienna.

Following his capture by US troops, von Schirach was among the major war criminals put on trial at Nuremburg. Found guilty of crimes against humanity on 1 October 1946, von Schirach was sentenced to twenty years imprisonment. He served out his time in the company of Rudolf Hess and Albert Speer in Spandau prison. He admitted his crimes and his role in the deportations and in his autobiography, I Believed in Hitler, he explained how he was drawn into the world of the Nazis. He also said that his aim was destroy any belief in the rebirth of Nazism as well as blaming himself for not having done more to prevent the concentration camps.

This detailed and balanced analysis of Baldur von Schirach reveals the true and ambivalent nature of a complex and fascinating individual who played a key role in the events leading up to, and during, the Second World War.

Born in Vienna in 1955, Professor OLIVER RATHKOLB is head of the Institute for Contemporary History at the University of Vienna. The author of numerous publications on Austrian and international contemporary, cultural and music history, Professor Rathkolb has also been the editor of the journal Zeitgeschichte since 2002 and is chairman of the scientific advisory board of the House of Austrian History. 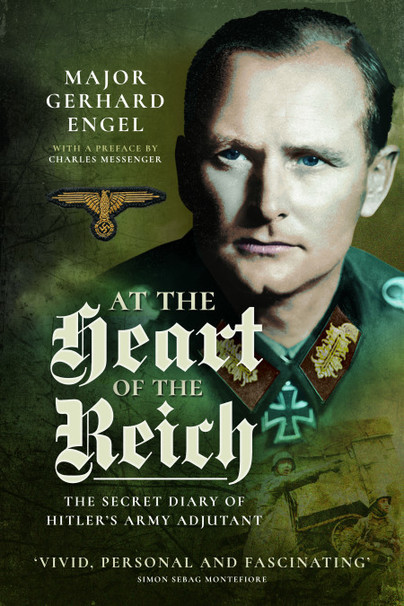 Gerhard Engel was Hitler's Army Adjutant from March 1938 to March 1943. During this time he kept a diary, and after the war he added material to shed further light on key events and decisions. He discloses the decision-making process behind many of the key operations and addresses the intrigues within Hitler's inner circle, recounting the Führer's conversations with Halder, Guderian and Brauchitsch. Engel also details Hitler's views on German Jews, and in the final part of the diary he covers the war against Russia. Increasingly, towards the end, he depicts Hitler as a vacillating and contrary…

Click here to buy both titles for £32.99
Other titles in Frontline Books...
Special Offer