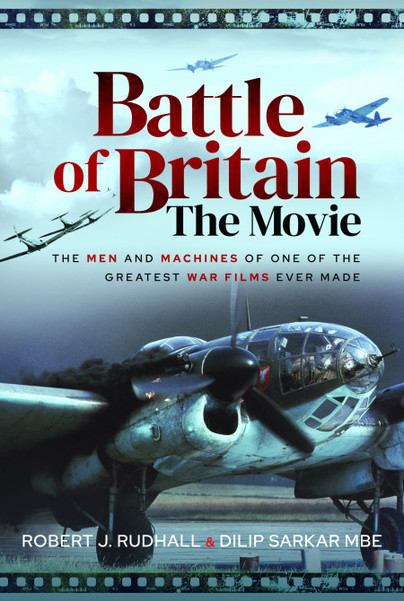 Battle of Britain The Movie (Hardback)

Preorder
Add to Wishlist
You'll be £20.00 closer to your next £10.00 credit when you purchase Battle of Britain The Movie. What's this?
+£4.50 UK Delivery or free UK delivery if order is over £35
(click here for international delivery rates)

Released in 1969, the film Battle of Britain went on to become one of the most iconic war movies ever produced. The film drew many respected British actors to accept roles as key figures of the battle, including Sir Laurence Olivier as Hugh Dowding and Trevor Howard as Keith Park. It also starred Michael Caine, Christopher Plummer and Robert Shaw as squadron leaders. As well as its large all-star international cast, the film was notable for its spectacular flying sequences which were on a far grander scale than anything that had been seen on film before.

At the time of its release, Battle of Britain was singled out for its efforts to portray the events of the summer of 1940 in great accuracy. To achieve this, Battle of Britain veterans such as Group Captain Tom Gleave, Wing Commander Robert Stanford Tuck, Wing Commander Douglas Bader, Squadron Leader Boleslaw Drobinski and Luftwaffe General Adolf Galland were all involved as consultants.

This detailed description of the making of the film is supported by a mouth-watering selection of pictures that were taken during the production stages. The images cover not only the many vintage aircraft used in the film, but also the airfields, the actors, and even the merchandise which accompanied the film’s release in 1969 – plus a whole lot more. There are numerous air-to-air shots of the Spitfires, Messerschmitts, Hurricanes and Heinkels that were brought together for the film. There are also images that capture the moment that Battle of Britain veterans, some of whom were acting as consultants, visited the sets. Interviews with people who worked on the film, such as Hamish Mahaddie, John Blake and Ron Goodwin, among others, bring the story to life.