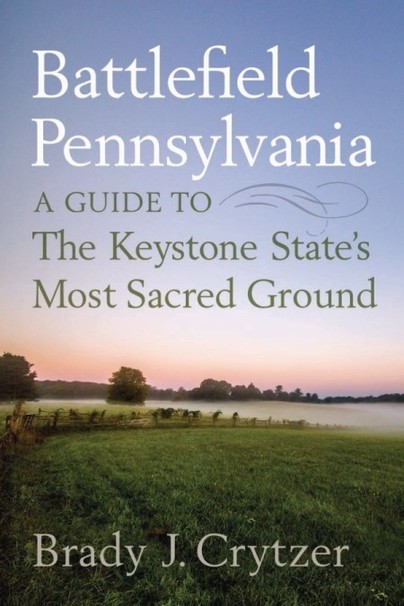 A Guide to the Keystone State’s Most Sacred Ground

Add to Basket
Add to Wishlist
You'll be £25.00 closer to your next £10.00 credit when you purchase Battlefield Pennsylvania. What's this?
+£4.50 UK Delivery or free UK delivery if order is over £35
(click here for international delivery rates)

Based on the author’s popular television program, a history of Pennsylvania from George Washington’s Fort Necessity to the Flight 93 memorial

Pennsylvania is a battlefield. Fort Necessity. Brandywine. Gettysburg. The Homestead Strike. Flight 93. In many ways battlefields are like scars on the landscape. They remind us that history is real, and their effects stay with us forever. In Battlefield Pennsylvania: A Guide to the Keystone State’s Most Sacred Ground, award-winning historian Brady J. Crytzer takes the reader on a fascinating tour of over three hundred years of Pennsylvania history through twenty-nine of the state’s most significant battlegrounds, based on his popular Pennsylvania Cable Network television program. The author shows that debates and neighborly disputes have been present throughout the history of William Penn’s “Peaceable Kingdom,” but that battles are not the natural resolution of these conflicts; they are a failure of the system. Understanding how these systems break down and descend into violence and chaos is one of the most important purposes of this book. When the forces of Britain and France met on the battleground of North America, they each waged war in the name of a vision—a defense of the future, not merely the present. The same can be said for the Indian warriors and settlers of the backcountry, and the striking workers of the industrial age. When the young men of the American Civil War era donned the Butternut and Blue, they were not just fighting over a hill or a railroad junction, but for an American future. Illustrated with maps and period and contemporary images, Battlefield Pennsylvania presents each event through background information, a description of the battle itself, the legacy of the battle, and what a visitor can see today. Rather than viewing preserved battlefields as a hollow tribute to days gone by, the author demonstrates that these sites are a great inheritance provided by past generations, and just as they entrusted them to us, we will entrust them to future generations as well.