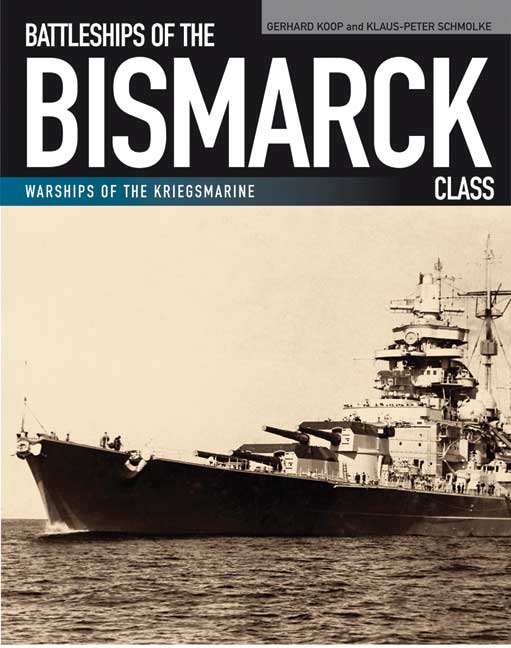 Battleships of the Bismarck Class (Paperback)

Add to Basket
Add to Wishlist
You'll be £16.99 closer to your next £10.00 credit when you purchase Battleships of the Bismarck Class. What's this?
+£4.50 UK Delivery or free UK delivery if order is over £35
(click here for international delivery rates)

The first volume, appropriately, is devoted to the Kriesmarine's largest and most powerful units, the battleships Bismarck and Tirpitz, whose careers stand in stark contrast to each other – one with a glorious but short life, while the other was to spend a hunted existence in Norwegian fjords, all the time posing a threat to Allied sea communications, while attacked by everything from midget submarines to heavy bombers.

Out of print for ten years or more and much sought after by enthusiasts and collectors, this new edition of the series will be widely welcomed.

One should be grateful that this book is back in print... Its technical information remains unmatched and its illustrations take on a dimension all its own.

A well-compiled volume, with plans, diagrams and pictures of the two ships that are very well known to English readers, the BIMARCK and the TIRPITZ. An interesting book which represents good value for money to all battleship enthusiasts.