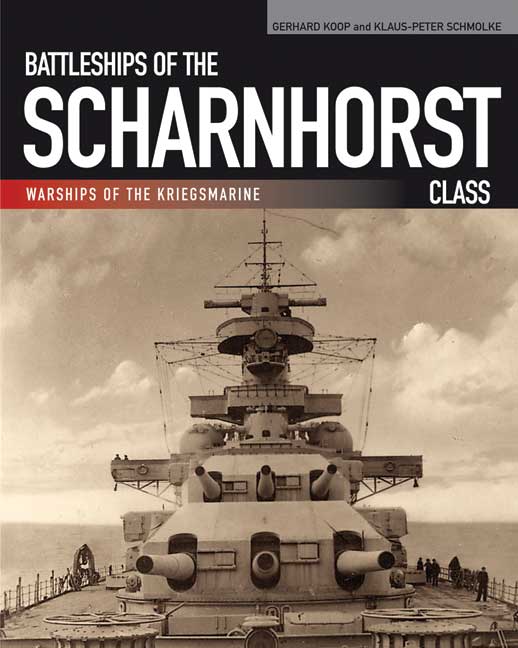 Battleships of the Scharnhorst Class (ePub)

Click here for help on how to download our eBooks
Add to Basket
Add to Wishlist
You'll be £6.80 closer to your next £10.00 credit when you purchase Battleships of the Scharnhorst Class. What's this?
Need a currency converter? Check XE.com for live rates

Scharnhorst and Gneisenau, the subject of this volume, were the product of a long, involved and politically determined design process that saw them develop from an improved Pocket Battleship to what many described as a battlecruiser, although they were really fast battleships. They were the most active, and successful, of the Kriegesmarine's major warships, taking part in numerous famous operations, including the infamous 'Channel Dash'.

This is an excellent history of these famous German warships, and will be of value to anyone with an interest in naval warfare.

This classic work, which was first published in 1991, is widely considered to be the best concise history of the development, design details and careers of the two fast battleships that formed the backbone of the German surface fleet in 1939.
The text is profusely illustrated with photographs, plans and maps. Excellent value for money and recommended.

An ace information source for all naval enthusiasts - can't think of a better source of information on the subject.

The book is richly illustrated with over 300 photographs, plans and maps, with many of the photographs being detailed close-ups of damage, equipment and life on board.
Overall, it is a most thorough account of these two ships, well recommended for the general reader and essential for anyone with a particular interest in the World War 2 German Navy.

It is rare to find a book which lives up to all the advertising promises. Here is such a book. It is a concise history of the Scharnhorst and Gneisenau lavishly illustrated with over 300 photographs, many showing unusual aspect of the vessels. Technical details are thorough and allow comparison between the two ships. The many design and mechanical flaws, from sea-keeping to propulsion, are an eye opener. All information is presented in an easily readable form.

This book is just one of a series, Warships of the Kriegsmarine, from the same authors. I would expect others to be of the same high standard.