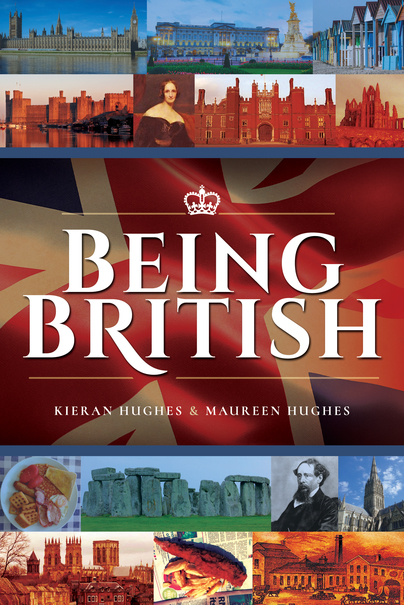 Add to Basket
Add to Wishlist
You'll be £6.50 closer to your next £10.00 credit when you purchase Being British. What's this?
+£4.50 UK Delivery or free UK delivery if order is over £35
(click here for international delivery rates)

Britain's cultural history is engrained with a plethora of idiosyncratic phenomena, from cockney rhyming slang to Yorkshire pudding and from cheese rolling to bangers and mash. There is a lot to celebrate about being British and this book reminds the indigenous and educates the visitors about our great buildings and way of life. Whether it is the grandeur of York Minster, or the history of the Tower of London and Durham Cathedral or excitement of the London Eye, there are a host of spectacular buildings in Britain. If you want to read more about red post boxes, fish and chips, Charles Dickens, William Shakespeare or great words like codswallop, skew-whiff or toodle pip, then Being British, is the light-hearted book for you!

A curious and enjoyable book for those who want to know and visit Great Britain.

As it gives a ‘once-over lightly’ introduction to ‘British’ culture, this volume will probably have wide appeal. Tourists and potential immigrants are likely to peruse it with great and earnest interest.