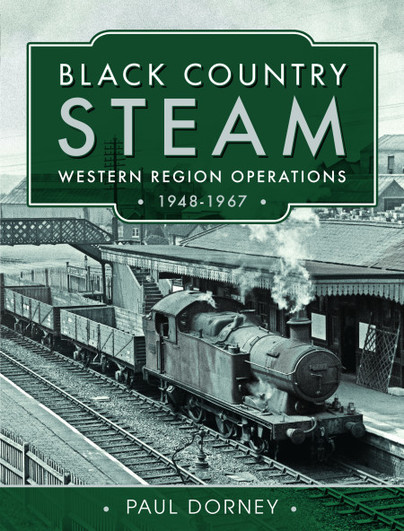 Add to Basket
Add to Wishlist
You'll be £22.50 closer to your next £10.00 credit when you purchase Black Country Steam, Western Region Operations, 1948–1967. What's this?
+£4.50 UK Delivery or free UK delivery if order is over £40
(click here for international delivery rates)

As featured in the article: '“Arrow Brettell Lane Station, 1961 Express” trundles into the station'

Highlight: 'An invaluable record of the final days
of the steam age in our region.'

This is another must have book. Containing many previously unseen photographs it covers the industrial heart of the Black Country. It brought back some happy memories of travel before deiselisation.