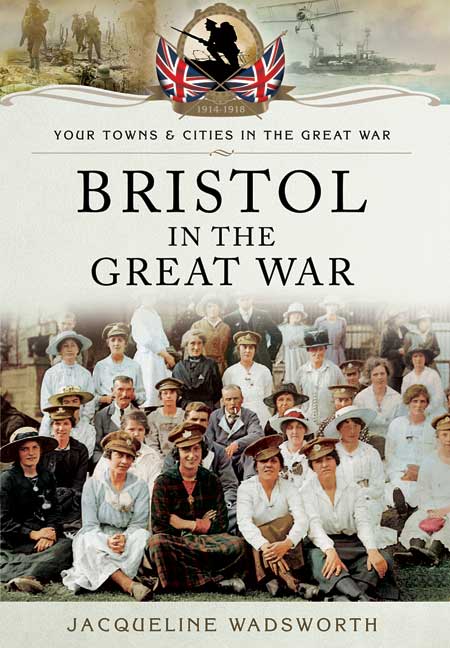 Bristol in the Great War (Paperback)

You'll be £12.99 closer to your next £10.00 credit when you purchase Bristol in the Great War. What's this?
+£4.50 UK Delivery or free UK delivery if order is over £35
(click here for international delivery rates)

When war was declared in 1914 the people of Bristol erupted in patriotic excitement - but what was it like when the cheering died down?

This book tells the city's unique story during those grinding years, when women risked their lives filling shells with mustard gas, factories turned out chocolate and cigarettes for the troops, Shirehampton's fields were full of war horses, and Filton's nascent aeroplane industry took off. Also described are the lives of the women who waited at home for news of their men at the Front, the long shop queues and blackouts, the bone-shaking military vehicles that rumbled past their homes, and the kindness shown to the traumatized refugees from Belgium.

Jacqueline Wadsworth's extensive research brings Bristol's story to life using contemporary accounts and high-quality photographs, many of which have never been published before.

As seen in The Bristol Post, Western Daily Press and Gazette Series.

Used as source for article 'Football, coal and the railways - the forces that have shaped Ashton Vale'

'Meticulously researched, this engaging book brings home the reality of the First World War in our local area. Richly illustrated by photograph, documents from the archives and newspaper cuttings, Bristol in the Great War evokes a strong personal reaction on seeing familiar locations... in the context of such an important period of our history. Jacqueline's accessible writing style brings the experience of our ancestors into sharp focus...'

Jacqueline's research brings Bristol's story to life using contemporary accounts and high-quality photographs, many of which have never been published before.

Bristol's story has been preserved by the author's skilful use of anecdote, personal accounts and local history, set against a background of military events. Not only has this era been recaptured, but with the many illustrations it will be recognised by the city's current inhabitants.

Meticulously researched account of Bristol's part in WW1, and especially good on the role of women.

A very enjoyable and interesting read, well written with excellent photographic documentation. One could recognise the various parts of Bristol and understand the impact the war had on the people and the environment.

A very real, no-holds-barred picture of an awful era...Peppered with references to city landmarks and local families, it's an engrossing read.

The book has more than 100 illustrations and tells the story of how ordinary folk coped during extraordinary times. Many did so with humour and optimism, which means that the book is far from a grim read.

The strength of this book is largely in the range of eye-witness accounts and family stories which support the historical narrative of the war and the changes that Bristol saw during this period. Some of the pictures are a far cry from conflict, for example, a women's sports day, allotmenteers, peaceful swans on Eastville Lake and wounded soldiers having 'light-hearted' moments at Bristol Zoo. 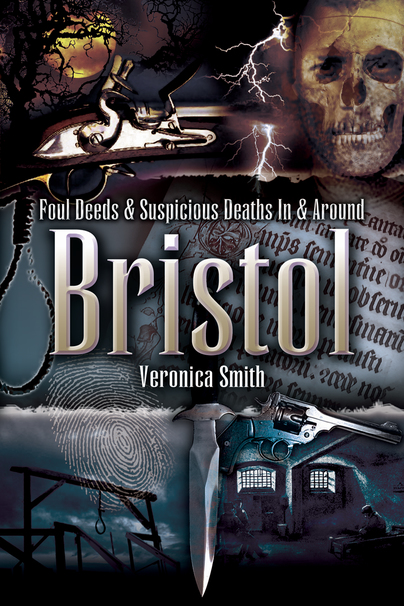 Foul Deeds and Suspicious Deaths In and Around Bristol (Paperback)

The twin fascinations of death and villainy will always hold us in their grim but thrilling grip. In Foul Deeds and Suspicious Deaths in Bristol the chill is brought close to home as each chapter investigates the darker side of humanity in cases of murder, deceit and pure malice committed over the last three centuries in the city. From crimes of passion to opportunistic killings and coldly premeditated acts of murder, the full spectrum of Bristol's criminal past is recounted here. For this sinister journey, Veronica Smith has selected over 20 notorious episodes that give a telling insight into…

Click here to buy both titles for £23.98
More titles by Jacqueline Wadsworth