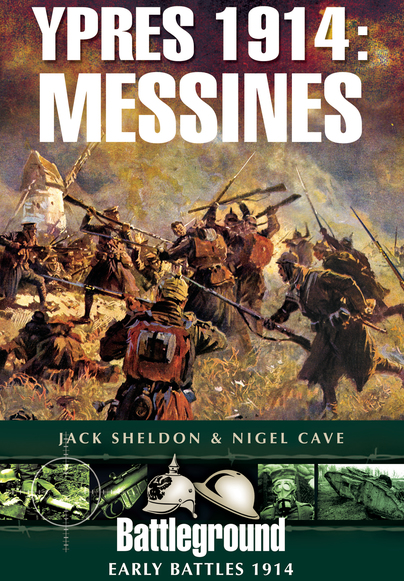 Add to Basket
Add to Wishlist
You'll be £7.79 closer to your next £10.00 credit when you purchase Ypres 1914: Messines. What's this?
+£4.50 UK Delivery or free UK delivery if order is over £35
(click here for international delivery rates)

The text is supported by copious extracts from memoirs (including one impressively florid German author), wartime maps and photographs. These give a feel for the desperate nature of the fighting on both sides, as both armies began to run out of steam, and in the case of the BEF, experienced troops.