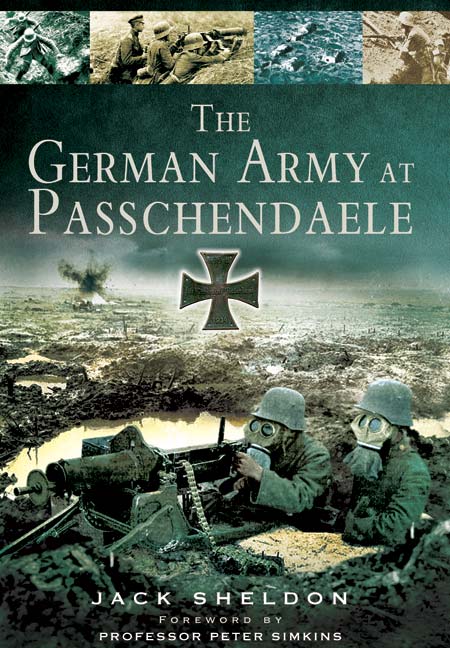 The German Army at Passchendaele (ePub)

Click here for help on how to download our eBooks
Add to Basket
Add to Wishlist
You'll be £4.99 closer to your next £10.00 credit when you purchase The German Army at Passchendaele. What's this?
Need a currency converter? Check XE.com for live rates

EVEN AFTER THE PASSAGE OF ALMOST A CENTURY, the name Passchendaele has lost none of its power to shock and dismay. Writing after the war, General Hermann von Kuhl memorably described this battle as 'The Greatest Martyrdom of the World War' and so it must have seemed to the men who fought and died there, floundering in the bottomless mud of that ill-starred autumn. Reeling from the huge losses of Verdun and the Somme in 1916 and the heavy spring fighting around Arras, the Aisne and Champagne, the German Army was in no shape to absorb the impact of the Battle of Messines and the subsequent bitter attritional struggle which lasted from August to November.

Throughout the fighting on the Somme the German High Command had always felt that it had the ability to counter Allied thrusts, but following the shock reverses of April and May 1917, much heart searching had led to the urgent introduction of new tactics of flexible defence. When these in turn were found to be wanting in the face of 'bite and hold' tactics on an unprecedented scale, the psychological damage shook the German defenders badly. But, as this book demonstrates, at trench level the individual German soldier was still capable of fighting extraordinarily hard, despite being hugely outnumbered, outgunned and subjected to relentless, morale-sapping shelling and gas attacks.

The heartbreakingly slow progress of the fighting for the Passchendaele Ridge in October had an equally bad effect on the British troops. As the battle finally wound down in November 1917, the Imperial German Army could draw comfort from the realisation that, although it had had to yield ground and had paid a huge price in casualties, its morale was essentially intact. Also the British were no closer to a breakthrough in Flanders at the end of the battle than they had been many weeks earlier when it had opened with such high hopes of success.