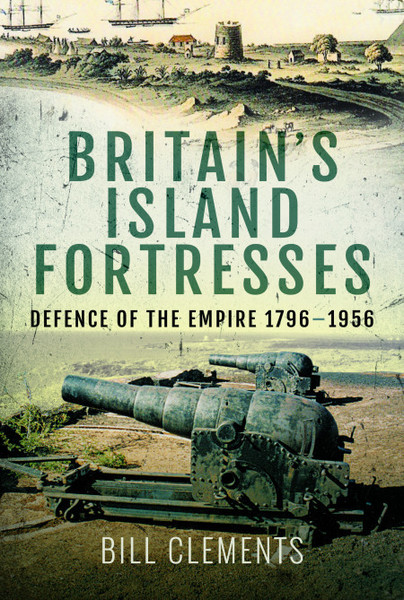 Click here for help on how to download our eBooks
Add to Basket
Add to Wishlist
You'll be £4.99 closer to your next £10.00 credit when you purchase Britain's Island Fortresses. What's this?
Need a currency converter? Check XE.com for live rates

This excellent book, which is the product of much research into primary sources at the National Archives and elsewhere, contains a most useful appendix detailing the particulars of the artillery, guns and mortars used in these forts. The book’s bibliography, glossary of terms and index are comprehensive and add to its value as a work of reference. Although this well-written and easy-to-read book is not about ships, it discusses and evaluates an important component of the maritime scene from 1756 to 1956. Consequently, it will be of value to all those interested in the maritime history of the British Empire and how the Royal Navy was enabled to provide its protective shield. Excellent and highly recommended.