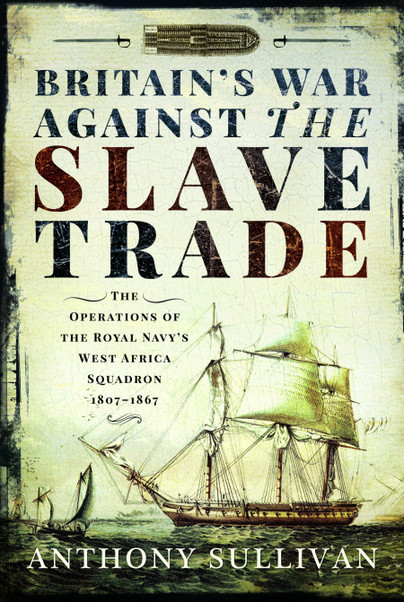 Click here for help on how to download our eBooks
Add to Basket
Add to Wishlist
You'll be £4.99 closer to your next £10.00 credit when you purchase Britain's War Against the Slave Trade. What's this?
Need a currency converter? Check XE.com for live rates

Given the recent upsurge in awareness, this is a book that anyone interested in the subject should read.

Sullivan's book is very direct and organized chronologically, and it serves as a great reference point for anyone interested in studying a specific vessel within the squadron. In his two-separate appendices, Sullivan has a timeline of important events that he mentions in his book and the commanders-in-chiefs appointed to the squadron throughout the years. Sullivan's work provides an answer to a hole in the historiography of Britain's operations against the slave trade along the African coast. From scholars to your everyday reader, Sullivan's work is a great launching point in understanding the daunting task that the British's Africa Squadron faced for sixty years as they tried to end the African slave trade.

I thoroughly enjoyed reading this volume which is an interesting, informative and well written account of the Royal Navy’s little-known war on the slave trade in the 19th Century. Recommended.