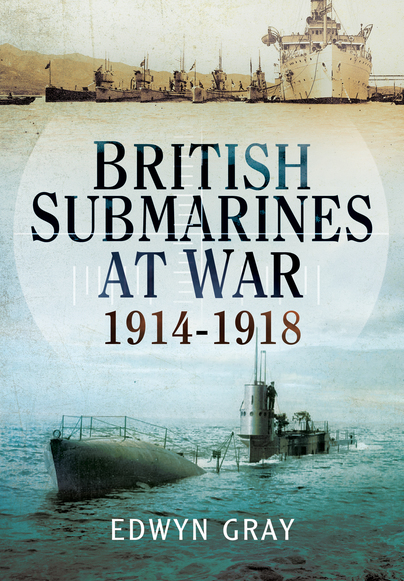 Originally published in 1970 and out of print for nearly thirty years, this book has already earned its place as a classic of submarine history by an author with an international reputation for being second-to-none in evoking the claustrophobic horror of war beneath the waves. Accurate in detail, yet written with humanity and humour, it tells the story of Britain’s pioneer submarines during the 1914-1918 War during which their crews battled courageously in atrocious conditions against a skilled and ruthless enemy and an equally unforgiving sea.

2001 marks the centenary of Britain’s Submarine Service introduced into the Royal Navy in the face of opposition from virtually every flag officer in the fleet. The dedicated enthusiasts who made up their crews were derided as members of ‘The Trade’ but they fought the Edwardian Naval Establishment as fiercely as they were later to fight the enemy; And Victory was their reward on both occasions.

Freshly illustrated, this second edition is a timely tribute to the gallant pioneers who created the legacy of dogged courage, determination, and standards of excellence which remain the proud hallmarks of the Royal Navy’s submarine service today.

I recommend this book to anyone with an interest in First World War naval history, particularly actions involving submarines, as it portrays, sometimes almost romantically, a different time
and shows how far naval warfare has moved in the last century. There is a reason why Pen and Sword
republished this book—it is a great read for the layperson and a handy reference for historians to commence follow-on research.

'A very valuable history of the British Submarine service during the First World War, looking at its frustrations and its achievements.'

As featured on Julian Stockwin's blog.