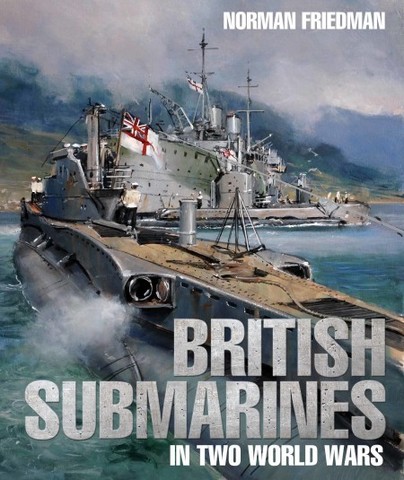 You'll be £50.00 closer to your next £10.00 credit when you purchase British Submarines in Two World Wars. What's this?
+£4.50 UK Delivery or free UK delivery if order is over £35
(click here for international delivery rates)

This book is a ‘must have volume’ for any warship enthusiast’s bookshelf and is very highly recommended.

In this comprehensive work, all submarine types of the British Navy are comprehensively represented in text, excellent pictures and with clear drawings - a great work for everyone who is also interested beyond German submarines.

A magnificent book, one which I can't imagine ever being improved on. The level of detail in here, complete with not only a great collection of archive images, but with a lot of scale plans, including copies of many original builders drawings, there is just so much to see. I believe this is THE reference on the subject and will be a must for any serious submarine enthusiast/historian/modeller. A book of this size is not cheap, but once you see how much information it holds and the work that must have gone into it, then actually the price for a book which will be a prime reference on your bookshelf, I'd suggest it is remarkably good value for money. The research that has gone into this one shines through from beginning to end, so makes the prospect of another volume to come for the post-war period something else to look forward to.