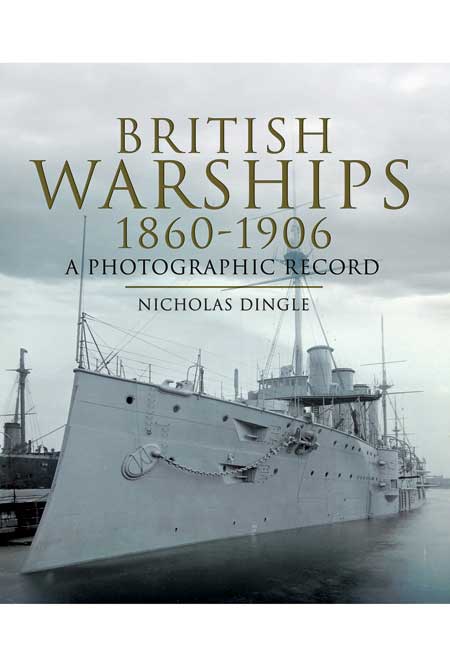 Click here for help on how to download our eBooks
Add to Basket
Add to Wishlist
You'll be £4.99 closer to your next £10.00 credit when you purchase British Warships 1860-1906. What's this?
Need a currency converter? Check XE.com for live rates

Illustrated with 200 official admiralty photographs, many of them previously unpublished, this book traces the development of Royal Naval ship design in a period of immense change. Opening with the Crimean War, this period saw the gradual transition from sail to steam and screw propulsion; from wood to steel construction; from fixed broadside armaments of bronze muzzle-loaders to turret-mounted steel breech-loaders and torpedoes. The period covered in this volume closes with the launch of HMS Dreadnought, which overnight rendered all existing ships obsolete and signalled the start in earnest of the Anglo-German naval arms race which contributed to the outbreak of WW1. Each photograph is accompanied by full specifications (where available) and a caption detailing any
significant design features, while the main text gives an overview of naval developments across the period under discussion, setting the selected ships in context.