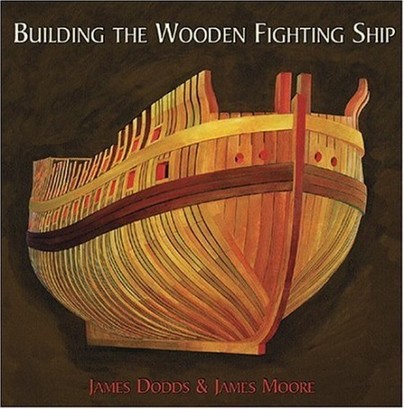 Click here for help on how to download our eBooks
Add to Basket
Add to Wishlist
You'll be £9.98 closer to your next £10.00 credit when you purchase Building the Wooden Fighting Ship. What's this?
Need a currency converter? Check XE.com for live rates

Building the Wooden Fighting Ship is a fascinating account of the building of an historic ship, as well as a vivid and often surprising account of life and labour in the eighteenth century.

In an age before industrialisation, the warship was the most complex object built by man and employed the most advanced technology of its time. Naval vessels of the period were, not surprisingly, so expensive to construct that meticulous records were kept, from the purchasing of timbers to the last details of their furnishings and armament, including even the individual names of some of the shipwrights and craftsmen.

By carefully studying these records, the authors have reconstructed, in extraordinary detail, the building of HMS Thunderer – a two-decked, 74-gun ship-of-the-line. In words and specially drawn illustrations, contemporary prints and paintings, the authors show every stage of the building of this ship, from the purchase and cutting of timbers right through to the launch in 1760. There are descriptions of Woolwich dockyard where she was built and details of all the skills and trades involved in her construction.

First published in 1984, this book is a beautiful and highly informative work on a significant aspect of the Royal Navy and will appeal to enthusiasts, modellers, historians and anyone with an interest in traditional crafts.

"This book will appeal to model builders who focus on the Age of Sail and anyone interested in how these incredible pieces of art and engineering were constructed."

James Dodds is both a formally trained artit and a qualified shipwight and this combination makes him uniquely qualified to bring to life this fascinating aspect of maritime history. He recently had his work exhibited at the National Maritime Museum.

James Moore is a yachtsman of more than 40 years experience and has published a number of works on ships and the sea.