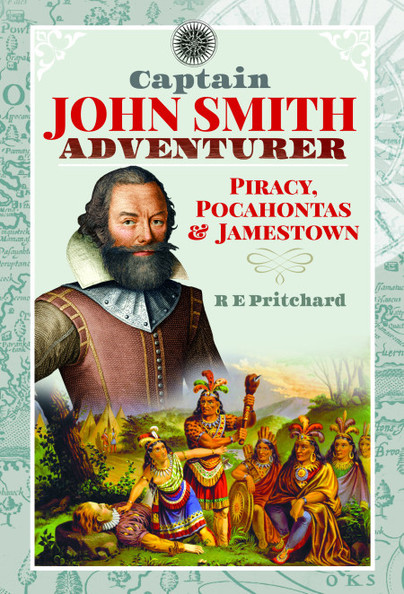 Add to Basket
Add to Wishlist
You'll be £19.99 closer to your next £10.00 credit when you purchase Captain John Smith, Adventurer. What's this?
+£4.50 UK Delivery or free UK delivery if order is over £35
(click here for international delivery rates)

There are so many myths surrounding John Smith - and if you have ever watched the Disney movie, Pocahontas, then you know there there are several that have been expounded even further.
John Smith might have been an enigma in his time, but he did not fall in love with Pocahontas (she would have been around 11 at the time). He did, however, lead a very full and active life. There are not many who could have accomplished what he did, but he had the tenacity and the drive to push limits and build onto something greater.

The author pulled quite a bit from the writings of John Smith himself, which not only gives an insight into how his mind and thought processes worked, but also gives an unbiased (relatively) look into the life and adventures that he undertook.

I loved reading through this book! It is one that I plan to add to my reading list for my college students - it would be the perfect material for a book review assignment!