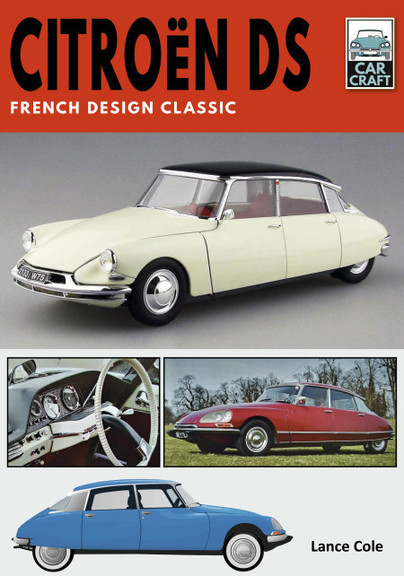 Add to Basket
Add to Wishlist
You'll be £11.89 closer to your next £10.00 credit when you purchase Car Craft 4: Citroën DS. What's this?
+£4.50 UK Delivery or free UK delivery if order is over £35
(click here for international delivery rates)


"Profusely illustrated and attractively laid out."

"Lance Cole provides a good summary of the background, development, and variations on the Citroen DS and really brought back some good memories. Similar to other volumes in this series, die-casts and plastic kit build reviews are included."

"The CarCraft books delve into technical details of research and development, modifications, and other automotive minutiae that turns the gearhead knob to 11."

"...makes for a wonderful read of this interesting and still a bit unusual car."