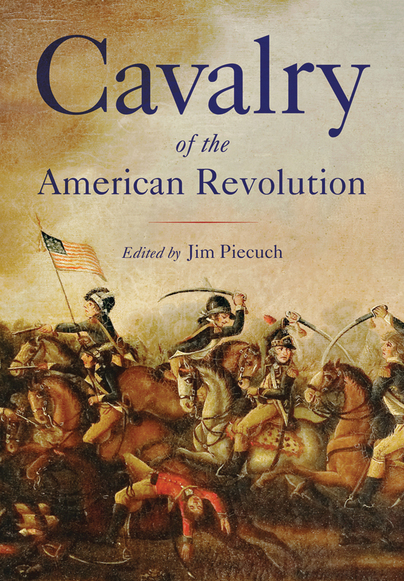 Cavalry of the American Revolution (Paperback)

Add to Basket
Add to Wishlist
You'll be £16.99 closer to your next £10.00 credit when you purchase Cavalry of the American Revolution. What's this?
+£4.50 UK Delivery or free UK delivery if order is over £35
(click here for international delivery rates)

From the bitterly contested no-man's-land between American and British lines in New York and New Jersey to the scorching pine forests of the South, the cavalry of both armies fought valiantly throughout the American Revolution. This volume explores several aspects of cavalry's role in the war, which has often been overlooked in general histories. The topics covered include the development of the Continental Army's cavalry arm, European influences on American cavalry training and tactics, accounts of several important cavalry raids and battles, and histories of mounted units such as the Continental Light Dragoons, American rangers in the South Carolina backcountry, and
the British army's Queen's Rangers and “Black Dragoons,” the latter force composed entirely of former slaves. The essays also examine the roles of important commanders, including Brigadier General Francis “Swamp Fox” Marion, Lieutenant Colonel William Washington, and Colonel Anthony Walton White of the American army, and British
cavalry leaders Banastre “Bloody Ban” Tarleton and John Graves Simcoe, as well as the American prisoners of war who switched sides and served in the “British Legion.” The authors of the essays include acclaimed military historians Gregory J. W. Urwin and Lawrence E. Babits. Readers with a general interest in military history, as well as those with more specific interests in the American Revolution or the history of the cavalry arm, and anyone who wishes to undertake further study of these subjects, will find the essays fresh, engaging, and informative.