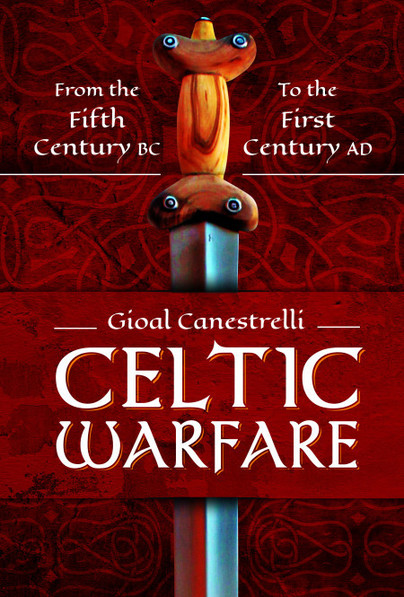 From the Fifth Century BC to the First Century AD

Preorder
Add to Wishlist
You'll be £20.00 closer to your next £10.00 credit when you purchase Celtic Warfare. What's this?
+£4.50 UK Delivery or free UK delivery if order is over £35
(click here for international delivery rates)

Warfare was a crucial aspect of Celtic society, deeply linked to the spreading of their culture through all Europe. Between the fifth century BC, when La Tène Culture Celts developed in Europe, and the first century AD, when they faced the complete subjugation or annihilation of most of their communities, their approach to warfare was subject to constant evolution, driven both by contact with Mediterranean cultures and different requirements closely related to social issues that were in constant flux.

Gioal Canestrelli offers an interdisciplinary approach, combining archaeological and literary sources and examining Celtic warfare from both a practical perspective, linked to weapons structure and military tactics, and a social perspective, analysing the cultural implications of Celtic military development. Furthermore, the book analyses the different areas of the Keltiké, from Britain to Gaul, from Spain to the Alpine region, with more than 120 black & white drawings of the archaeological finds and a number of original colour artworks of Celtic warriors.

Gioal Canestrelli graduated in 2008 in Ancient Humanities at Verona University with a paper on the Celtic tribe of the Cenomanes Gauls. Since then he has had several books published on Celtic, Roman and Carthaginian warfare, as well as magazine articles and contributions to academic publications. He is active in re-enactment and reconstructive archeology. He lives in Verona, Italy.