Preorder
Add to Wishlist
You'll be £15.99 closer to your next £10.00 credit when you purchase Charles II's Favourite Mistress. What's this?
+£4.50 UK Delivery or free UK delivery if order is over £35
(click here for international delivery rates)

Nell Gwyn, the most infamous mistress of Charles II, was a commoner raised from the dingy back alleys of London to the stage and into a king’s arms. Hers was a true rags to riches story that saw a young girl rise from selling oranges to capturing the heart of a king. The Restoration period was one of change. After the troubled years of the English Civil War, it was time for pleasure, debauchery and entertainment with the ‘Merry Monarch’ restored to the throne.

Nell was one of the first actresses on stage; a loveable comedienne who wowed audiences with her wit and charm. She fell in love with Charles Hart (one of the leading actors of the time), had a torrid affair with Lord Buckhurst and ultimately ended up in the king’s bed. She stayed on the stage for six years, but she stayed in the king’s heart for seventeen – his only mistress who was faithful to him.

Set against the backdrop of Restoration London, this book charts Nell’s life and that of her family and friends – from her drunken mother and troublesome sister to the most notorious wits of the age John Wilmot, 2nd Earl of Rochester and George Villiers, 2nd Duke of Buckingham. Nell had a generous heart and a mischievous spirit, and was friends with people from all walks of life. The only woman she really detested was another of the king’s mistresses, Louise de Kerouaille, known as the French Spy.

This highly entertaining book will tell the story of Nell’s life – the good and the bad – and show why Nell truly embodies the spirit of the Restoration.

Sarah-Beth Watkins is the best-selling author of Tudor and Stuart non-fiction books including Lady Katherine Knollys: The Unacknowledged Daughter of King Henry VIII. She writes articles for The Tudor Society and various history blogs. Watkins grew up in Kew, not far from Richmond and Hampton Court Palace, and was often to be found as a child soaking up history at Ham House. She now lives in Ireland. 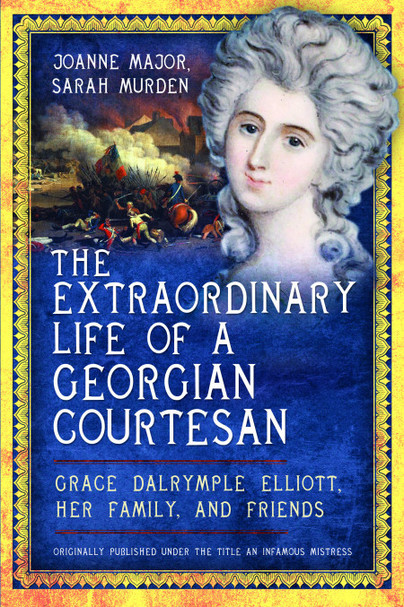 The Extraordinary Life of a Georgian Courtesan Grace Dalrymple Elliott, her family, and friends (Paperback)

Divorced wife, infamous mistress, prisoner in France during the French Revolution and the reputed mother of the Prince of Wales’ child, notorious eighteenth-century courtesan Grace Dalrymple Elliott lived an amazing life in eighteenth- and early nineteenth-century London and Paris. Strikingly tall and beautiful, later lampooned as ‘Dally the Tall’ in newspaper gossip columns, she left her Scottish roots and convent education behind, to re-invent herself in a ‘marriage à-la-mode’, but before she was even legally an adult she was cast off and forced to survive on just her beauty and wits.…

Click here to buy both titles for £31.98
Other titles in Pen & Sword History...
eBook