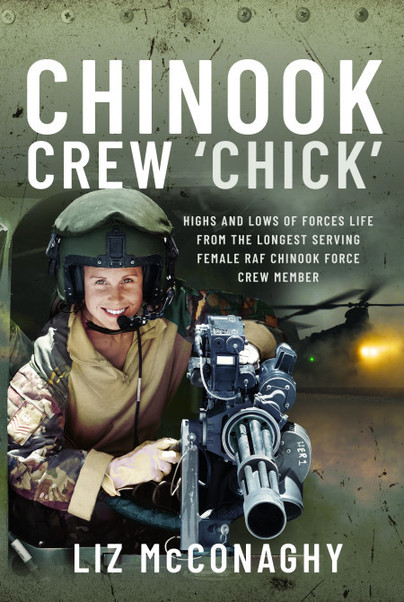 Preorder
Add to Wishlist
You'll be £16.00 closer to your next £10.00 credit when you purchase Chinook Crew 'Chick'. What's this?
+£4.50 UK Delivery or free UK delivery if order is over £35
(click here for international delivery rates)

Liz McConaghy, from a small town in County Down, spent a total of seventeen years flying with the RAF’s Chinook Fleet. Aged just 21, she was the youngest aircrew member to deploy to Iraq and was also the only female ‘crewman’ on the Chinook wing for four years. In her astounding career Liz McConaghy completed two deployments to Iraq followed by ten deployments to Helmand province in Afghanistan in support of the enduring Operation Herrick campaign.

Liz’s inspiringly honest story reveals the highs and lows that she witnessed at war, and the cost that came with that both, physically and mentally for those involved. During her deployments, she survived not only a near fatal wire strike onboard her CH47, but numerous enemy fire ‘contacts’ defending her crew by returning fire from both the M134 ‘Minigun’ and M60 weapons entrusted to her to operate.

Her biggest honour of all her duties, however, was serving on the Medical Emergency Response Team, or MERT, flying ambulance as it was more commonly known. This involved recovering wounded soldiers from the battlefield, often under fire, and witnessing them both die and indeed come back to life at her feet in the cabin of her Chinook.

Liz saw Camp Bastion grow from a barbed wire fence surrounding an area of tents in the sand to the huge Operating Base it became. She was also on the last 1310 Flight deployment there as the British forces withdrew 10 years later handing it back to the Afghan National Army.

Very few Chinook crew members, if any, spanned the length of time deployed as Liz McConaghy did. This is a genuinely unique tale that only Liz could tell, which ends with her battling the memories that haunted her, long after she had left the battlefield. Her own war within took her to the point of suicide once she had left the service. Her survival from both the battles in foreign lands and in her own head led her to begin telling her story, in the hope she can help others win their wars.

LIZ MCCONAGHY is an ex-RAF Chinook crewmember who has deployed worldwide with the CH47 fleet, including to Iraq and Afghanistan. She was the longest serving female in this role and the youngest aircrew to deploy to Iraq. Part of her role during these conflicts was the MERT medical recovery aircraft for injured soldiers. She left the forces in 2019 and went on to a career with a disabled flying charity to help support those same wounded soldiers into flying scholarships. Liz turned to writing both poetry and her autobiography following a tough battle with PTSD years after leaving the service, in the hope it may help others with their mental health. 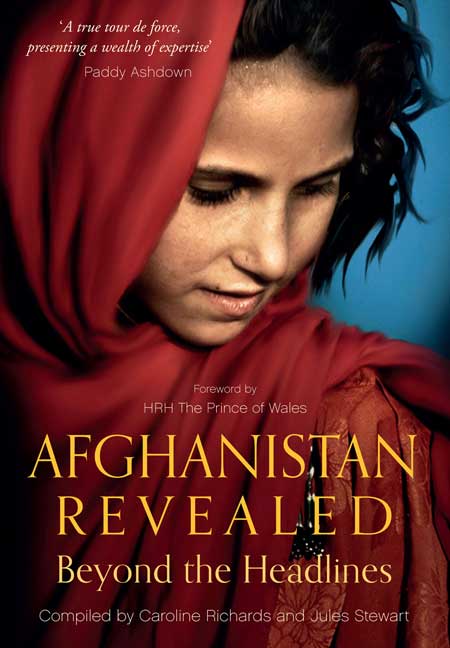 Afghanistan Revealed Beyond the Headlines (Hardback)

Afghanistan conjures up many images in our minds; images of war amidst a landscape of dust, desert and mountains. But what do we really know about this enigmatic country and its people: a people who are proud, hospitable yet fiercely protective of their heritage; a people who have recently endured over 30 years of conflict. This book takes us beyond the media focus on politics and war into the lives of the Afghan people, and explores the forces that have shaped their individual and collective history. Afghanistan Revealed examines Afghanistan through the eyes of distinguished writers and specialists…

By Caroline Richards, HRH Prince Charles, The Prince of Wales

Click here to buy both titles for £41.00
Other titles in Air World...
eBook