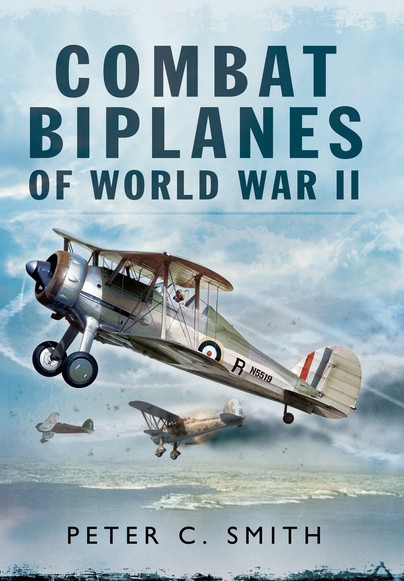 Click here for help on how to download our eBooks
Add to Basket
Add to Wishlist
You'll be £4.99 closer to your next £10.00 credit when you purchase Combat Biplanes of World War II. What's this?
Need a currency converter? Check XE.com for live rates

Germany had relegated most of her biplane designs to secondary roles, but they still managed to conduct missions in which biplanes like the He.50, He.51 and Hs.120 excelled. Both France and Italy had biplanes in active service, Mussolini's Regia Aeronautica attaching great importance to the type as a fighter aircraft as late as 1941, while the Soviet Union also retained some machines like the Po-2 in front-line service right through the war and beyond. In addition, a whole range of smaller nations utilised biplanes built for larger combatants in their own air forces. By the time Japan and the United States entered the war two years later, they had mainly rid themselves of biplanes but, even here, a few specialised types lingered on. This book describes a selection of these gallant old warriors of all nations. They represent the author's own personal selection from a surprisingly large range of aircraft that, despite all predictions, fought hard and well in World War II.

And the title tells it all.

This book is a rare, well written treat that delves deeply into a period that has been long overshadowed by World War II. It is highly recommended for anyone with a broad interest in military biplanes of the 20th century.